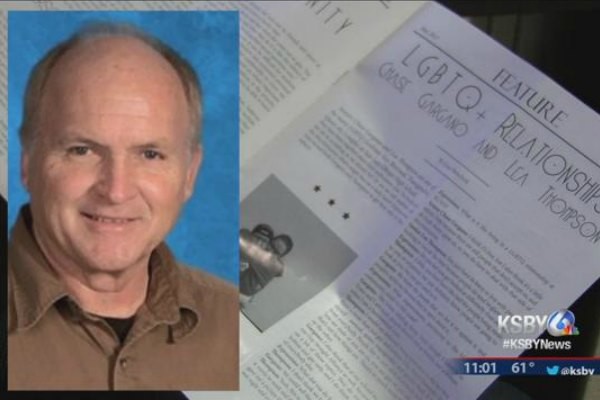 A California high school teacher who said that gay people "deserve to die" has resigned.

In a letter to the editor, Slack called homosexuality a sin and quoted Romans 1:16-32 (NLT), which reads in part: "They know God's justice requires that those who do these things deserve to die, yet they do them anyway." Slack wished that "those who have stumbled" return to "the right path."

San Luis Obispo Mayor Heidi Harmon was among those who criticized Slack. About 40 people attended a protest outside SLO High on Thursday. Ryan Pinkerton, assistant superintendent for the school district, said that an anonymous person on Thursday morning called in a death threat against Slack.

In his resignation email, Slack defended his actions, saying that he knew of numerous students who expressed "shock and disgust" at the paper's coverage. He said that he had encouraged these students to write letters to the editor.

"I guess my question is, 'Why is San Luis Obispo High School promoting ANY sexual orientation to our minor children? That shows a complete disregard for parental rights," Slack wrote.

Slack also took issue with coverage of the incident in the media, saying that they had failed to accurately represent his views.

"Yes, there is such a thing as media bias, slander and defamation of character," he wrote.