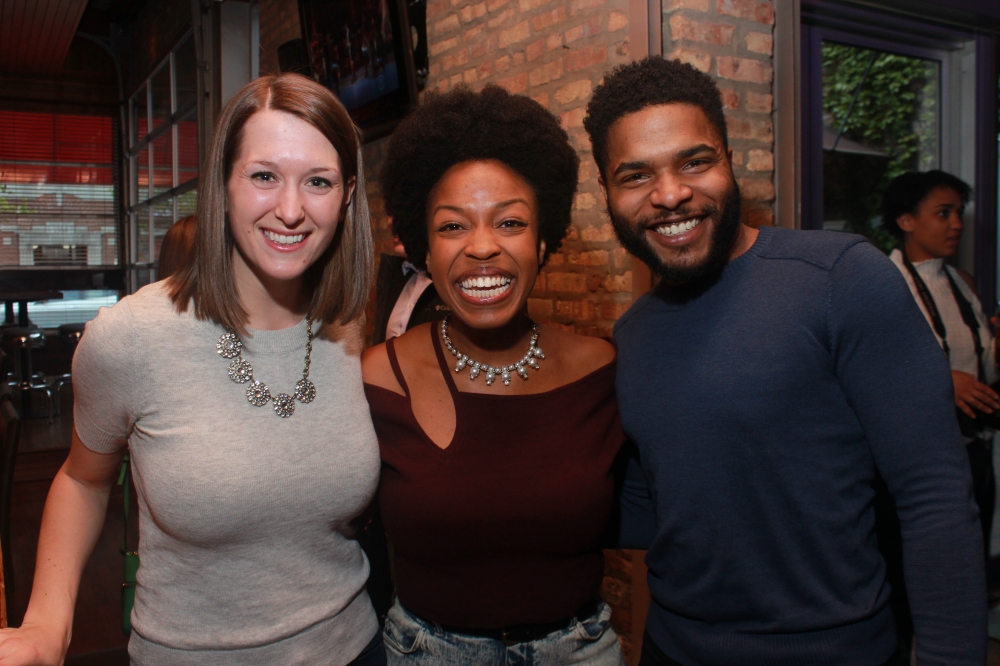 photo credit // sidetrack
view the full gallery
Chicago, IL - About $2,000 was raised to benefit The Legacy Project Chicago on Monday, May 8, during A SEASON OF LOVE BENEFIT CONCERT, held at Sidetrack.

Broadway In Chicago and the RENT 20th Anniversary Tour brought the concert to Chicago's Boystown neighborhood, featuring cast members from the national tour of RENT playing Chicago's Oriental Theatre later this month. The live, two-hour cabaret-style event was followed by a special edition of Musical Monday, featuring songs from the Pulitzer Prize and Tony Award-winning musical, as well as other show-tune videos.

The Legacy Project Chicago (www.legacyprojectchicago.org) is the world's largest and only outdoor LGBT museum, and is located in Boystown.

"The quality of the performances was amazing (and) there was a great turn-out," said Sidetrack general manager Brad Balof. "The fact that this group came straight from the airport to perform for this benefit is a true testimony to their dedication and professionalism."

At one point, singers Katy Lamark and Danny Harris Kornfeld played a roulette-style game, where they drew the names of show tunes out of a cup and had to just start singing the duet. "It was hilarious and impressive at the same time," Balof said.

The closing number, "Maybe This Time," from Cabaret and sung by Jasmine Easler, appeared to be the crowd's favorite.

"A huge thanks to Neil Waite with Broadway in Chicago; Amanda Meyer and Kailey Hansen with Margie Korshak for helping to coordinate these types of cast appearances and benefit performances that entertain as well as raise money for great causes like The Legacy Project," Balof added.