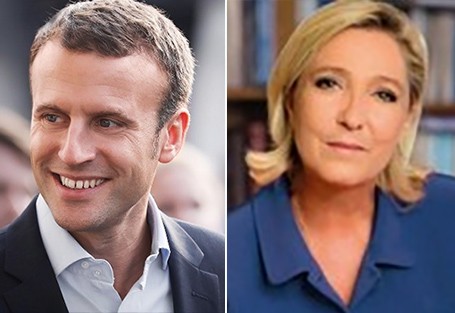 The online consultation was conducted by Hornet among its users between April 27-28, 2017.In the poll, under-30s account for almost half of the surveyed respondents. Many of the responses varied depending on the age of the respondents. Between 18 and 29 years old, the votes in favor of Marine Le Pen were much more significant than those over the age of 30.

The candidate of the National Front exceeds 40% in this age group.For those over 30 years of age, Emmanuel Macron received 56.5% of votes against 43.5% for Marine Le Pen.

"This poll suggests that, in their votes, younger gay voters are less likely to be influenced by the image and history of Marine Le Pen's extreme right party views, and that their votes are driven by other factors like employment, security and political new faces," said Christophe Martet, Hornet's European News Editor.

Macron will not change the law on marriage and adoption and stated he was ready to put in place a comprehensive plan to fight LGBT-phobia, especially in schools.For more information on the Hornet study, please visit https://gopride.com/Zd3m From a press release