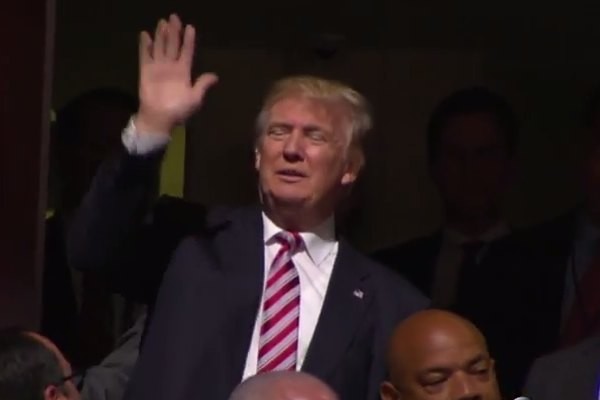 President Donald Trump will give this year's commencement speech at Liberty University, the evangelical university known for its opposition to LGBT rights.

Speaking to the Christian Broadcasting Network (CBN), Trump said that he's looking forward to "speaking to this amazing group of students," calling it a "momentous occasion."

"Our children truly are the future and I look forward to celebrating the success of this graduating class as well as sharing lessons as they embark on their next chapter full of hope, faith, optimism and a passion for life," Trump added.

Founded in 1971 by Jerry Falwell, a Southern Baptist pastor and a co-founder of the Moral Majority, Liberty University is now helmed by Jerry Falwell, Jr., also a prominent evangelical leader and aTrump supporter. The younger Falwell has condemned the Democratic Party's support for LGBT rights.