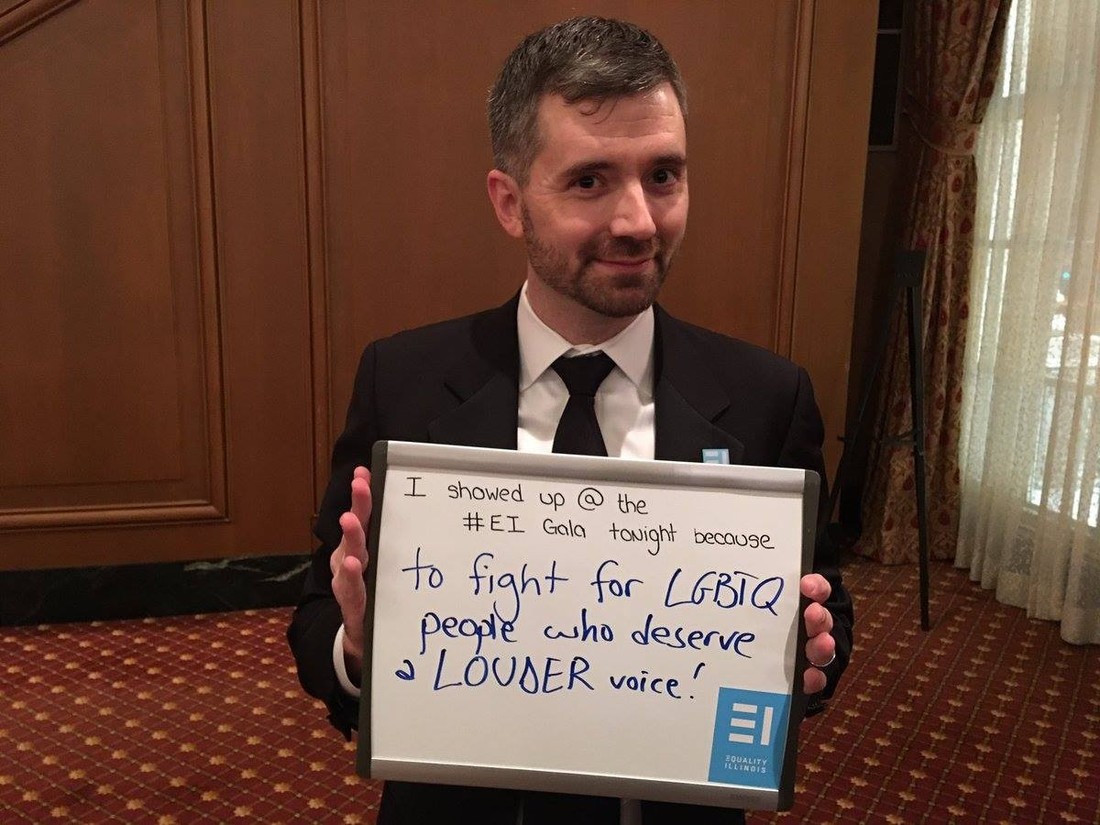 Chicago, IL - More than 1,200 community members, community leaders, dignitaries, and supporters, including Illinois Sen. Tammy Duckworth, shared in the message of 'equality and justice for all' during Equality Illinois' 2017 gala held Feb. 4 at the Hilton Chicago.

"Let us dare to dream without fear, let us envision the day when this great Country's most fundamental value - that all of us are created equal - may be fully realized for all Americans including, finally, the gay, lesbian, bisexual and transgendered," roared toastmaster Art Johnston, co–founder of Equality Illinois.

"To full equality and justice for all," said Johnston as the enthusiastic crowd raised their glasses to join in the champagne toast. "Let's drink."

The formal gala marked the beginning of Equality Illinois' second quarter century of service to LGBTQ Illinoisans. Founded in 1991 as the Illinois Federation for Human Rights, Equality Illinois has evolved into one of the Midwest's largest and most influential LGBT organizations.

"When I joined the team as CEO just a few months ago, I did so not only because of how deeply convinced I was that we must move forward in our fight for full equality, but because I knew that I'd be standing on shoulders of giants in this work. To be blessed with a founder like Art in an inviable position to be in," said Brian C. Johnson, CEO of Equality Illinois.

The inclusive message of 'equality and justice for all' was not only shared throughout the evening for LGBTQ Americans, but for refugees and immigrants, women, and people from all races, nationalities and religions that have recently come under attack from President Donald Trump's administration.

The evening was a celebration of the accomplishments that advanced LGBTQ rights over the last year, but was also a gathering of forces for the challenges that remain in the fight for full equality.

"Partial freedom is not freedom," said Johnson to thunderous applause. "We will play our role and we will play it vigorously."

Chicago Human Relations Commissioner Mona Noriega and Personal PAC CEO Terry Cosgrove were among the honorees. Both received the 2017 Equality Illinois Freedom Award for their lifelong commitment to fighting for the civil rights and personal freedoms of all Illinoisans.

The Ann & Robert H. Lurie Children's Hospital of Chicago received the Equality Illinois Business Leadership Award for its dedication to improving the lives of LGBTQ Illinoisans. Dr. Robert Garofolo accepted the award, which was presented by Johnson and state Sen. Heather Steans.

The sold-out gala also welcomed guests to a silent auction reception that included hotel stays, round trip getaways, art and a list of other items guests could bid on throughout the evening.