The life and laughs of Dixie Lynn Cartwright 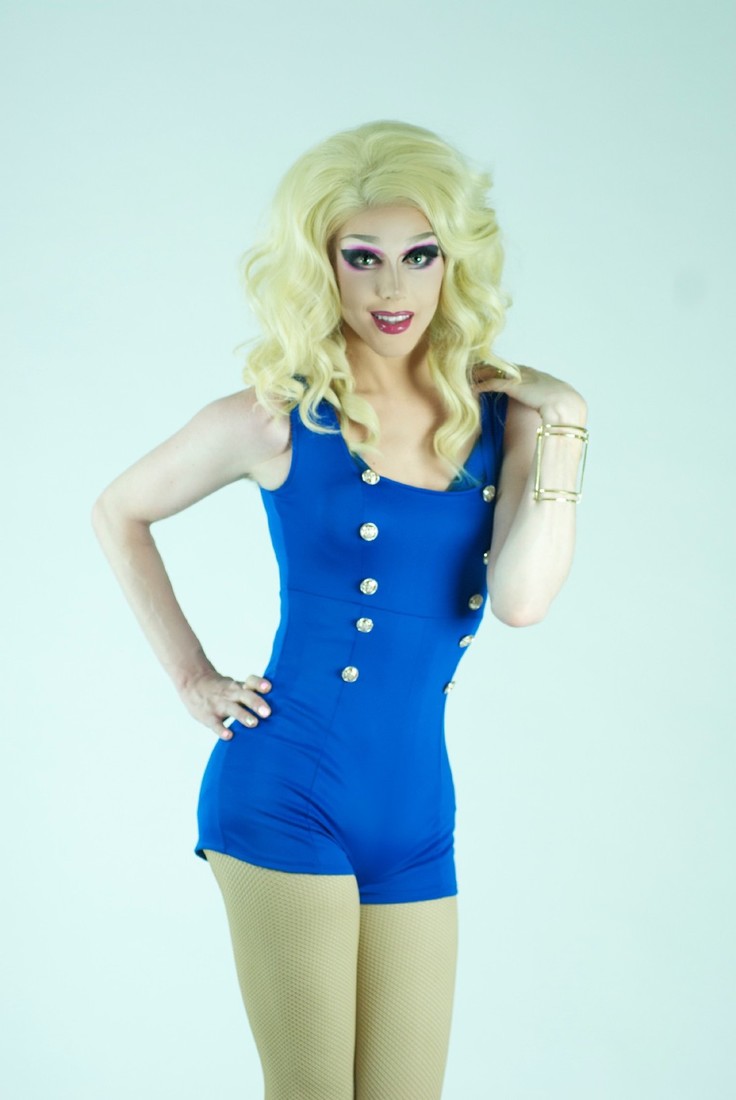 Drew Nixon took his first steps into drag years back as part of the Chicago Gay Men's Chorus, and yet his persona didn't even have a real name – for a year or so.

Dixie Lynn Cartwright was, though, born through a web series written by a friend in the chorus.

"I didn't do my own makeup and didn't think I needed padding because I was a bean pole ...so you can just imagine how incredible I looked," Cartwright said with a smile.

Soon thereafter, Cartwright was performing around Boystown, including "Snow White and the 7 Drag Queens" at Hydrate and a hosting gig for the pre-show at Night of 100 Drag Queens, held annually at Sidetrack.

"They kept asking me back ...and now I'll never leave," she said. "I host there weekly, sometimes multiple times a week. I vomit there bi-monthly."

Cartwright is a quick-witted regular around Chicago, never far from a microphone, often talking to her audience. "People are so incredibly unpredictable; it's usually a good time," she said. "There have been train wrecks, but I'm always honored to be the catalyst for an intervention." She has an uncanny ability to make everyone in a room uncomfortable, she admits with pride.

Nixon is 32 and his alter-ego Cartwright is 16. Nixon is a suburban Memphis native who has lived in Chicago for seven years and works at a part-time STD call-center. Nixon is gay and partnered for five years.

Cartwright, meanwhile, has built quite the resume: co-host, for instance, at Chicago PrideFest and Milwaukee Pride with Trannika Rex. Cartwright also has hosted All Things Beyoncé, Sync It, RuPaul's Drag Race Viewing Parties, and Night of 100 Drag Queens at Sidetrack. Plus, she has her own show once-a-month at Berlin called, Dixie Wins A Talent Show, "in which I host and automatically win my own talent show," she said.

"If you want to see just how bad it was, there are plenty of #transformationtuesday pictures on Dixie's Instagram," she said before offering another comical quip: "Health advisory: don't view (my past pictures) on a full-stomach or while in the presence of small children."

Cartwright was, early on, mainly a singing queen who shied away from the microphone. She just wanted to sing and get off stage as quickly as possible. Now, she doesn't sing so much anymore and good luck trying to get a mic out of her hand.

"I enjoy that being Dixie gives me permission to touch hot dudes in public. I also love the freedom to be absolutely ridiculous in a way that is not accessible to Drew," Cartwright said.

"Working at Sidetrack in general has been the biggest highlight, but within that, I have to say that hosting Night of 100 Drag Queens for the first time was exciting."

Cartwright said co-hosting Milwaukee Pride for three days also was a career highlight. "It was a marathon, but simply incredible," she said. "The crowds, the music, the energy ...it was all overwhelmingly perfect. Milwaukee does Pride right."

Another Cartwright career highlight was the Saturday night that she was co-hosting Drag Matinee at Berlin with Trannika Rex. "Trannika busts her padded a** and has become very successful at what she does. To be a part of any event as her co-host, especially something as large as Milwaukee Pride, is a huge confidence boost. So here I am, co-hosting Matinee with her, feeling great. My name and picture are on posters all over the bar. I've been on stage multiple times at this point, with my name being said at least 30 times on stage as Trannika makes fun of my hair.

"During one of the other queens' performances, I was standing near one of the bars when a queen I had never seen before ran up to me excitedly, threw her arms around me and said, 'I'm so excited to see you! You look great!' I had no idea who she was, but I never miss an opportunity to accept a compliment, so I went with it. I also drink excessively, so I thought the holes in my brain were the reason for my memory loss. We kept the conversation going for a minute or so before I finally said, 'I'm sorry. I drink a lot. Where did we meet?'

"As she ran away ...literally, ran from me, I realized that fame is fleeting, especially if you're not famous to begin with."

Cartwright said her long-term goals include venturing into more cabaret, maybe branching out into theatre community. "Last December, I did a show for an Equity company in town, The Other Theatre Company's 'Barney the Elf,' and was reminded how much fun live theatre can be. I'd love to do more of that."

Drag idol: Alaska. "I know, I know ...she's everybody's favorite, but any time I see her on social media or in a video somewhere, I smile. She's so incredibly fun to watch and she truly understands her aesthetic."

Talking more queens: "Coco Peru and Varla Jean are also my go-to comedy queens. I've seen Varla live and was spellbound. I haven't seen Coco live yet, but I'm pretty sure I've watched each of her YouTube videos 3,200 times."

Most off-the-wall drag performer: Dina Martina. "I have never laughed so hard or just been so confused in any live show like I was at hers. If you ever have a chance to see her, do not miss it."

Best part of being Dixie: "The day after a show, when there's a message in that weird Facebook mystery inbox from a stranger or two telling Dixie that they had a great time because of her. I mean, I have to sift through a lot of penis pictures from Turkey to get to those messages, but it's worth it."

Worst part of being Dixie: "The toe pain from tights/shoes. Yeah, toe pain." How do you get your hair to look so dry: "Easy, I don't brush it."