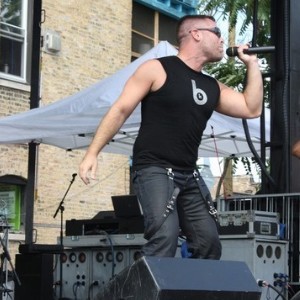 Chicago, IL - Crowded streets, delicious food and endless shopping marked the 28th Annual Northalsted Market Days street fair as tens of thousands from all around the country flocked to Chicago's Boystown neighborhood to experience the largest two-day street fair in the Midwest.

The Northalsted Merchants Association (NAMA) presents the annual event, which spanned six city blocks on Halsted from Belmont to Addison and included 17 different entrances.
.
Throughout the two-day period there were over 40 performances on four different stages. Headlining this year's Market Days were R&B icons En Vogue, Jody Watley, Kristine W, Cece Peniston and Kathy Sledge. Among the other acts were disco legends The Village People, Chicago's Levi Kreis and Jason Antone.

In addition to the national headliners, the festival included a good combination of local talent including Dot Dot Dot, Cat Fight and 16 Candles.

VIP access that allowed festival goers to get closer to the action and their favorite performers was introduced this year.

The VIP section, which included an additional charge of $50, was meet with mixed reactions by those attending, but NAMA says the proceeds go to neighborhood beautification and help defray the cost of bringing in the larger acts.