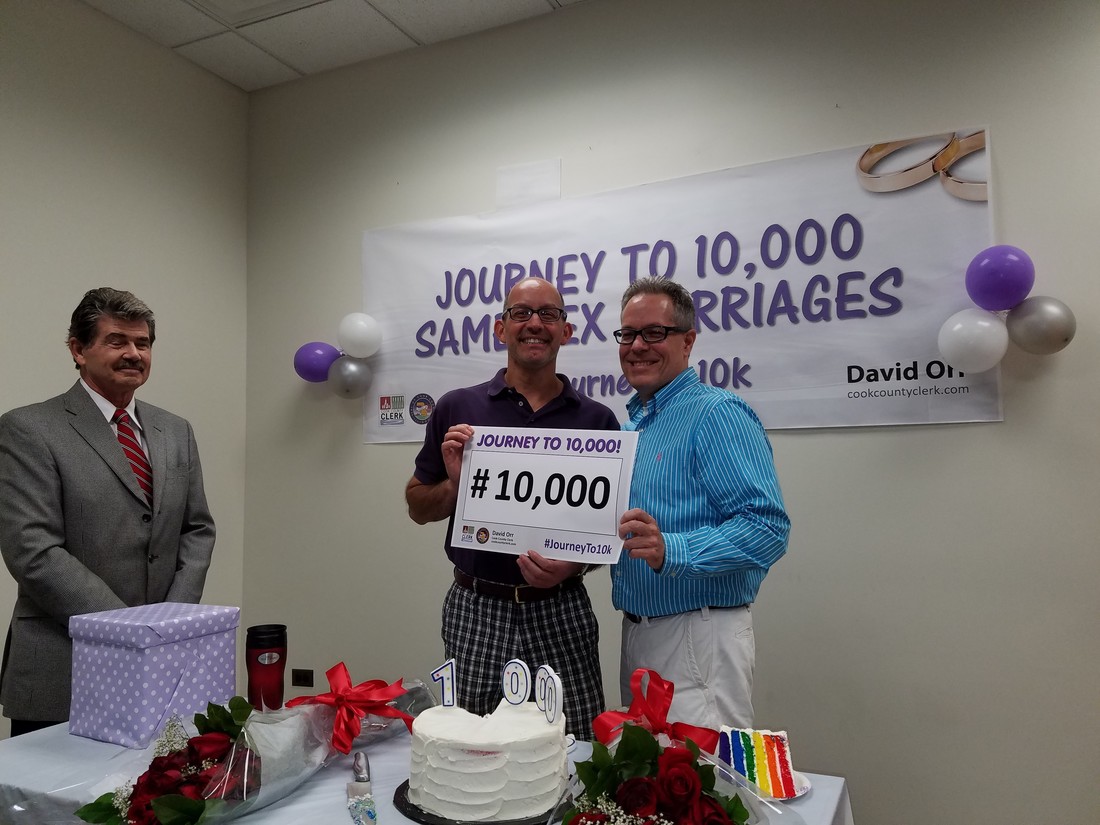 Cook County Clerk David Orr watched as Anthony Aranda, 50, and Terry Beauchamp, 49, signed the certificate and, in the process, scored a host of donated presents to the 10K couple, including a trip to Las Vegas.

The two have been dating for 18 years and live in Chicago's Edgewater neighborhood.

Aranda is a flight attendant for United Airlines, while Beauchamp manages a luggage store in downtown Chicago.

On Monday morning, Orr was joined by a host of legislative leaders and civil rights groups who were instrumental in bringing marriage equality to Illinois, and others, to celebrate the milestone of near-10,000 marriage licenses which have been issued in Cook County to same-sex couples.

The 10,000th couple received numerous gifts donated to the Cook County Clerk's office to help mark the landmark occasion, including a honeymoon package provided by the Las Vegas Convention and Visitors Authority, two roundtrip plane tickets courtesy Southwest Airlines, a romantic dinner for two at Appellation Wine Bar and Restaurant in Chicago's Andersonville neighborhood, plus a selection of 'Thank You' cards and stationery from Chicago-based stationery designer La Familia Green.