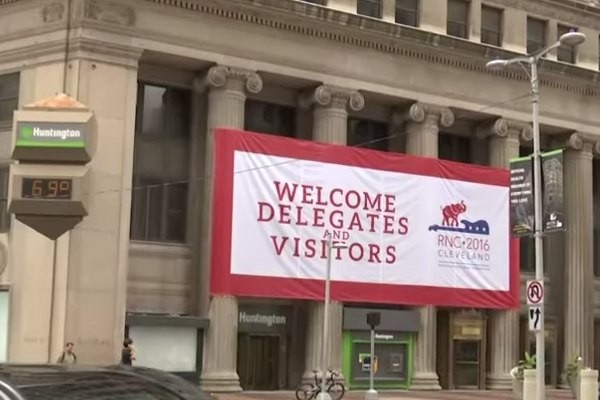 The high court said in Obergefell v. Hodges that gay and lesbian couples have a constitutional right to marry.

The party's platform is debated every four years at the Republican National Convention (RNC), but is not binding on any candidates, including Donald Trump, who on Thursday is expected to be named the GOP's nominee for president.

On same-sex marriage, the platform condemns the Supreme Court's rulings in United States v. Windsor, which led to the federal government's recognition of gay couples' marriages, and Obergefell, calls for passage of a "Constitutional amendment returning control over marriage to states," and supports passage of the First Amendment Defense Act (FADA), a controversial bill before Congress that would protect opponents of marriage equality.

"Traditional marriage and family, based on marriage between one man and one woman, is the foundation for a free society and has for millennia been entrusted with rearing children and instilling cultural values," the document states. "We condemn the Supreme Court's ruling in United States v. Windsor, which wrongly removed the ability of Congress to define marriage policy in federal law. We also condemn the Supreme Court's lawless ruling in Obergefell v. Hodges, which in the words of the late Justice Antonin Scalia, was a 'judicial Putsch' – full of 'silly extravagances' – that reduced 'the disciplined legal reasoning of John Marshall and Joseph Storey to the mystical aphorisms of a fortune cookie.'"

The platform also lurches to the right on other LGBT issues, including its support for conversion therapy and its opposition to allowing transgender people to use the bathroom of their choice.

"The RNC's convention theme might as well have been 'Take America Backward Again,'" Griffin said in a statement. "The Republican Party has just formally adopted the most overtly discriminatory, anti-LGBTQ platform in history. Unfortunately, we can only expect more of the same from Donald Trump and Mike Pence, who seems committed to driving the GOP back into the dark ages."