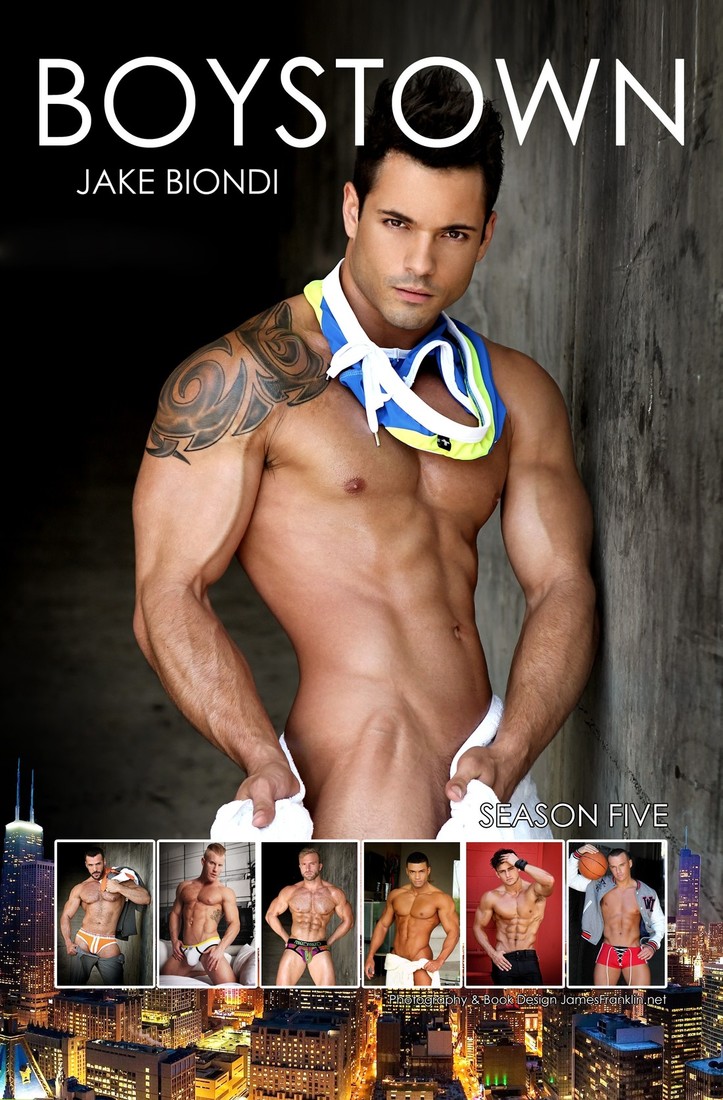 Fans of local author Jake Biondi's BOYSTOWN series have probably noticed a change in the look of their favorite soap-opera style novel series set in Chicago's famed gayborhood. With the release of the series' fifth novel last month, Biondi began a new partnership with Hollywood-based photographer James Franklin and together they're giving a new face to BOYSTOWN.

"James really understands the 'spirit' of the BOYSTOWN series and offered to bring the BOYSTOWN brand to a whole new level with new book covers and promotional materials -- the results are phenomenal," Biondi told ChicagoPride.com. "Using a combination of veteran models who have worked with me since BOYSTOWN began as well as new models that he has worked with previously, James created an expanded team of 'BOYSTOWN boys' whose images bring a sexier, bolder, edgier look to BOYSTOWN."

"The fans' response to James' work has been incredibly positive and he is introducing the series to a much broader audience through his outstanding design work," he continued.

One June 1, Biondi released the fifth book in his cult series chronicling the lives, loves and lusts of a set of friends and families living in Boystown. His devoted fans, who helped shape the series in its early stages as a web serial, continue to write rave reviews of BOYSTOWN's twists and turns, and lucky for them this fifth installment is the longest in the series so far and, says Biondi, "has more of everything."

"More character development, more drama, more romance, more deceit, more friendships, more betrayal, and more twists and turns...it's quite a roller coaster ride," he said. "I am so pleased that the fans continue to be entertained by the BOYSTOWN characters they have grown to love and the twists and turns they have come to expect from the series. Honestly, I am so overwhelmed by and humbled by the response I receive from BOYSTOWN fans. They are the best and I am eternally grateful to them."

In addition to tying up the loose ends from book four's cliffhanger ending (including the fate of several lives "left hanging in the balance"), the fifth book introduces fans to two new characters to the gayborhood. Biondi predicts that Camille Ciancio, a relation to one of the series' core families "with an agenda all her own" will become a character fans love to hate, while psychiatrist Patrick Provenzano, who enters the series helping a main character, will become intertwined in Biondi's world and, "like many BOYSTOWN characters, has a past that could impact many of those around him."

BOYTOWN is available in paperback, audiobook and all e-book formats through Biodni's website BoystownTheSeries.com as well as on amazon.com, bn.com and iTunes. Autographed copies are also available through his website and, as always, Biondi encourages readers and fans to contact him. He can be reached through the above website, at JakeBiondi.com, through email at BoytownTheSeries@yahoo.com, and on Facebook and Twitter (@boystown_series).