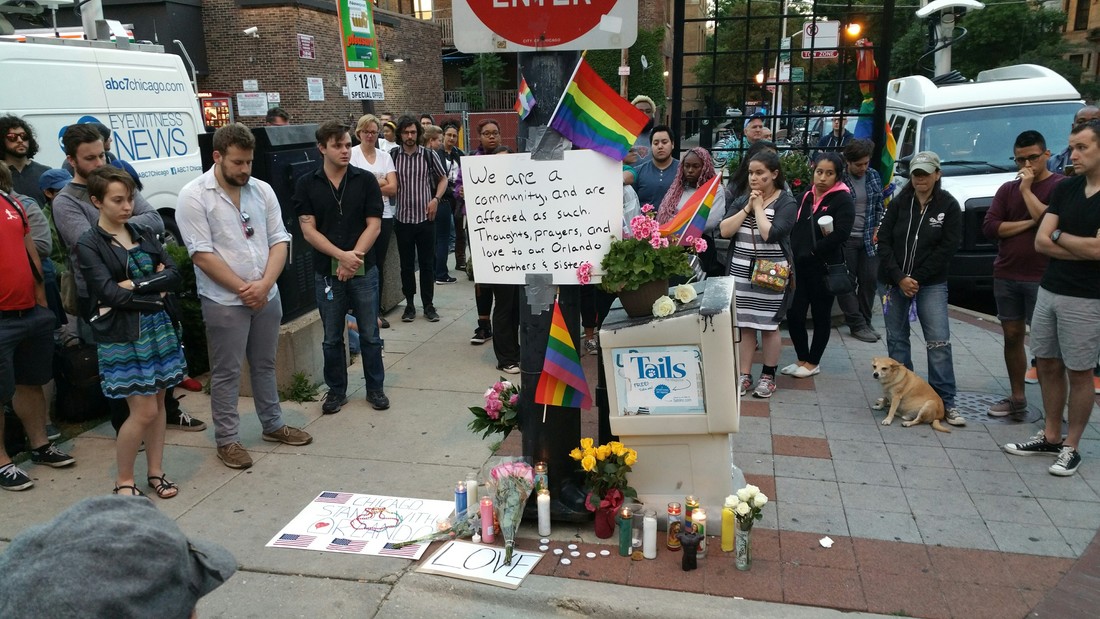 Chicago, IL - Center on Halsted will host a healing community vigil in partnership with numerous community organizations for those killed and wounded Sunday in a mass shooting at an Orlando gay nightclub.

"Our community is no stranger to hate and discrimination, but time and time again we have prevailed," said Modesto Tico Valle, CEO of Center on Halsted. "We have been guided by love and now again we will prove that love wins."

On Sunday, about 300 Chicagoans gathered to remember the victims during a vigil at the corner of Halsted and Roscoe in Lakeview.

"This is just another example of how gun violence affects everyone in the country at some point in time," Chicago Police Superintendent Eddie Johnson said during the vigil. "So we're here to support not only Orlando, but to support the community here and let you all know that we'll always be here for you."

A second Chicago-area vigil was held Sunday in Andersonville, where Midsommarfest was underway.

Described as the worst mass shooting in American history, 50 people died and 53 were wounded during the Sunday morning attack at Pulse Nightclub in Orlando.