Obama reacts to gay nightclub shooting: This was an act of hate 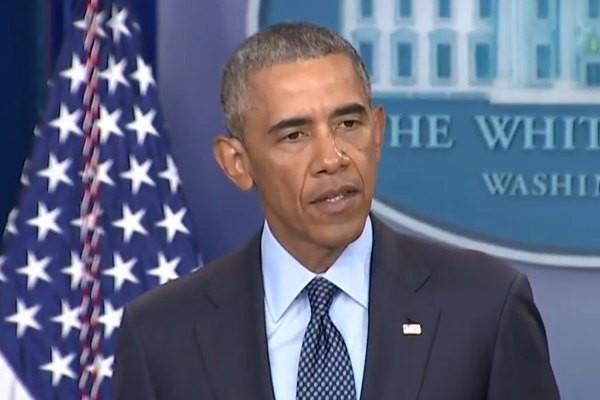 President Barack Obama on Sunday responded to a mass shooting at a gay nightclub in Orlando.

At least 50 people are dead and another 53 wounded from an attack on the Pulse nightclub.

Obama called the attack an "act of terror and an act of hate."

"As Americans we are united in grief, in outrage and in resolve to defend our people," the president told reporters.

"We are still learning all the facts. This is an open investigation. We've reached no definitive judgment on the precise motivations of the killer. The FBI is appropriately investigating this as an act of terrorism."

"What is clear, is that he was a person filled with hatred."

"This is an especially heartbreaking day for all of our friends, our fellow Americans who are lesbian, gay, bisexual or transgender. The shooter targeted a nightclub where people came together to be with friends, to dance and to sing, and to live. ...So, this is a sobering reminder that attacks on any American regardless of race, ethnicity, religion or sexual orientation is an attack on all of us and on the fundamental values of equality and dignity that define us as a country. And no act of hate or terror will ever change who we are or the values that make us Americans."

"In the face of hate and violence, we will love one another. We will not give in to fear or turn against each other. Instead we will stand united as Americans to protect our people and defend our nation and to take action against those who threaten us. May God bless the Americans we lost this morning. May he comfort their families. May God continue to watch over this country that we love," Obama concluded.

The president also thanked the heroism of first responders and called for greater gun control measures.