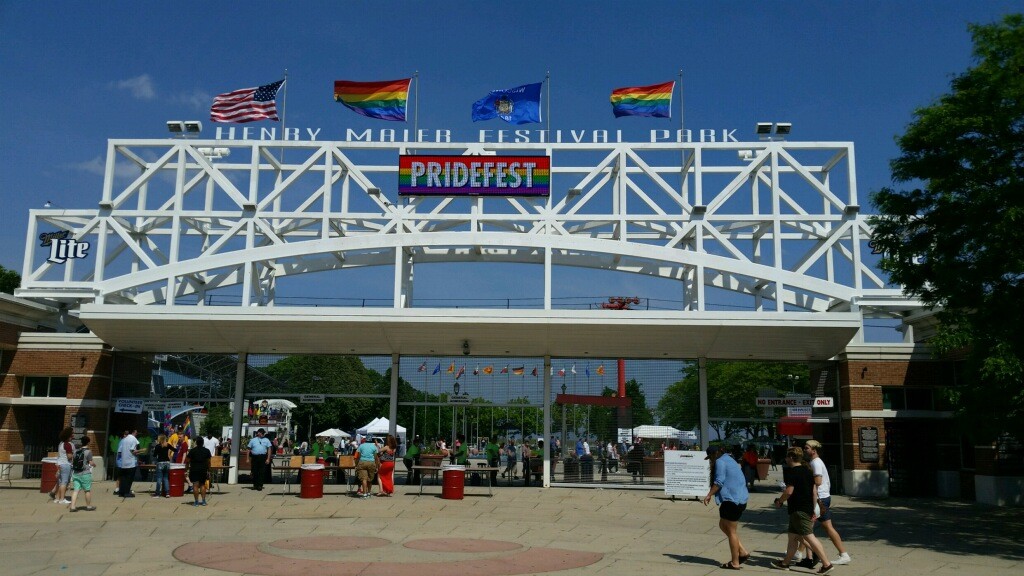 Milwaukee, WI - Organizers of PrideFest Milwaukee will introduce full metal detection at the admission gates and increase security staffing across all areas of the festival grounds following the early Sunday mass shooting at a gay nightclub in Orlando.

"We are furious about this senseless violence," said Wes Shaver, president elect of Milwaukee Pride, Inc. "This act of terror sought to silence our community during a month of national LGBTQ celebration. We will not and cannot allow ourselves to be silenced."

While there is no threat to PrideFest Milwaukee, the all-volunteer production team responded immediately and has been meeting with local, state and federal agencies since 7:30 Sunday morning.

Organizers stressed that PrideFest Milwaukee has enjoyed heightened security since its arrival at the Henry W. Maier Festival Park in 1996. Three levels of security, including Milwaukee Police Department, Summerfest and PrideFest staff, patrol the grounds from open to close each year.

"Unlike some pride festivals, our grounds are open only to ticketed guests who pass through our front gates," said Eric Heinritz, executive director of Milwaukee Pride, Inc. "All personal items are subject to search before entry, and we do not allow carry-ins. While some may find these rules inconvenient, our first and foremost priority must be the safety of our guests."

In addition, the festival plans a tribute event at 4 p.m. at the Miller Lite Mainstage. Following a short presentation, PrideFest will honor a moment of silence for Orlando victims throughout the entire festival grounds.

"Today is a day for LGBTQ community solidarity," said Michail Takach, communications director of Milwaukee Pride, Inc. "While thoughts and prayers are welcome, action is required. Today is a day to come out, to be seen, and to be heard, in honor of those whose day was stolen from them. Today is a day to remember where we started and why we started."