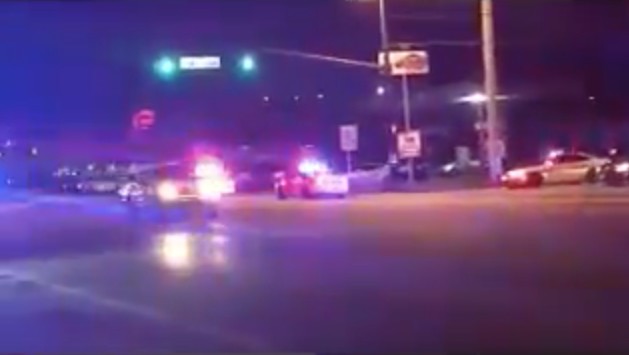 Orlando, FL - A gunman opened fire inside an Orlando gay nightclub early Sunday morning killing as many as 20 people and wounding 42 others in what authorities have classified as an "act of terrorism."

The FBI, along with numerous other Orlando law enforcement agencies, was investigating the shooting and it was not clear if it was an act of domestic or foreign terrorism.

According to authorities, an officer working at Pulse nightclub in downtown Orlando responded to a shots fired just after 2 a.m. outside the club. As officers engaged the suspect in a gun battle, the gunman ran into the club and the incident turned into a hostage situation. SWAT teams responded to the scene.

"Everyone get out of pulse and keep running," the club posted on its official Facebook page at 2:09 a.m., shortly after the violence began. Just before 6 a.m., the club posted an update: "As soon as we have any information we will update everyone. Please keep everyone in your prayers as we work through this tragic event. Thank you for your thoughts and love."

Authorities confirm the suspect died in the gunfight with SWAT officers. The shooter is said to have opened fire on the club while at full capacity with an assault rifle.

Update: The suspect was identified by several law enforcement sources as Omar Mateen, according to NBC News. The sources told NBC News Mateen was born in New York in 1986 and was listed as living in a residence in Port St. Lucie, about 125 miles south of Orlando.

Mir Seddique, Mateen's father, told NBC News that his son didn't like it when he saw two men kissing recently in Miami. "This has nothing to do with religion," he said.

The shooting comes during a series of national celebrations and parades that mark LGBT pride month, including Los Angeles Pride and Milwaukee Pride Fest this weekend.

According to the AP, the massacre becomes the deadliest mass shooting in the history of the United States.

This story is still breaking. Live coverage on WESH.com and WFTV.com.

Raw video outside posted to YouTube shows the gun battle between the suspect and Orlando police.