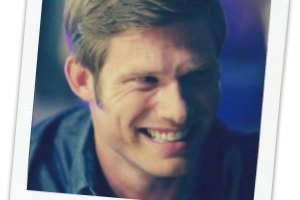 Chris Carmack, who plays a gay country music singer on ABC's Nashville, has denounced a Tennessee law that targets the LGBT community.

The controversial measure allows mental health therapists and counselors to turn away clients based on their "sincerely held principles." Opponents of the law say it could negatively impact young LGBT people.

In comments to The Hollywood Reporter, Carmack called the legislation "incredibly harmful."

"The state is basically setting an example for people that it's okay to discriminate," he said.

Carmack added that the law's passage has made him and his fiancee reconsider their decision to buy a house in Nashville.

"We said, 'Do we want to live in a place like this?'" Carmack told the outlet last month before the bill was signed into law. "I know right now everyone is calling on big corporations to step in and voice their opinions, because money matters in something like a political forum, but I guarantee you that there are many more individuals like myself and my fiancee who are potential long-term transplants from all over, who are saying, 'Is this a place I would want to call home? A place that would write this sort of thing into legislation?'"