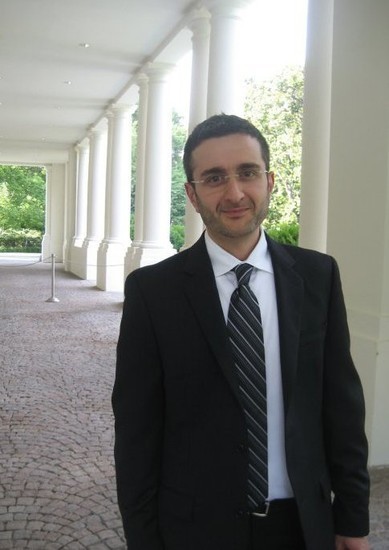 Nonprofit announces it is expanding operations into the Chicago market

"I feel such a personal connection to the mission of Cradles to Crayons, and I am so honored to have this opportunity to lead the agency's expansion in Chicago," said Bernard Cherkasov. "I remember how empowering it felt, as a young child in Azerbaijan, that someone took notice of my family and provided us with packages containing winter coats and other clothing. Cradles to Crayons already supports children and families in Boston and Philadelphia during difficult times. I am looking forward to bringing that same much-needed support to Chicagoland families and children."

With the addition of Cherkasov, and a new Chicago warehouse facility, Cradles to Crayons expands its footprint into a third metropolitan area and its first in the Midwest. It is already operating in Boston, where it was founded in 2002, and in Philadelphia, which opened in 2006.

Cherkasov brings a wealth of nonprofit experience to Cradles to Crayons–Chicago. As CEO of Equality Illinois, a civil rights organization advocating for LGBT rights, he grew the agency from a small but ambitious local organization to the second largest state equality organization in the United States.

"Bernard is a great fit to build the Cradles to Crayons' mission, model, and community in Chicago," said Lynn Margherio, Founder and CEO, Cradles to Crayons. "He has the professional experience and personal passion that make him an ideal choice for this role."

Prior to serving as the CEO of Equality Illinois, Cherkasov practiced law at Reed Smith LLP and McGuire Woods LLP in Chicago. He also served as an International Law Clerk for the Chief Justice of the Supreme Court of Israel. Bernard earned his J.D. degree from the University of Michigan and a Master's degree in the relationship of theology, policy, and law from Harvard.