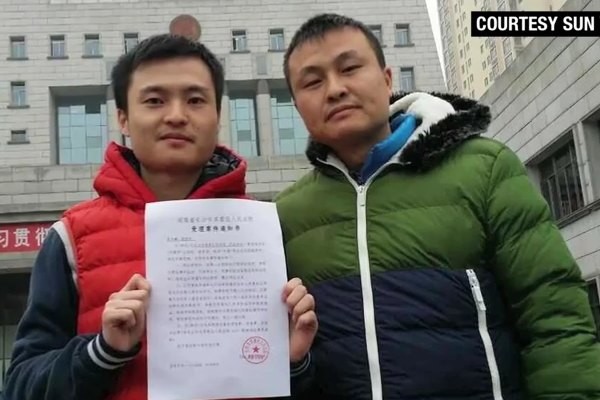 A court in central China on Wednesday dismissed the nation's first case challenging its ban on marriage equality.

Last summer, Sun Wenlin and Hu Mingliang turned to the courts after they were denied a marriage license.

The district court in Changsha accepted their case. Lawyers for the couple argued that they should be allowed to marry because China's marriage laws do not explicitly ban such unions.

The court disagreed, saying that China's Marriage Law, which took effect in 1981, specifies the genders of couples looking to marry.

The couple said that they would appeal the decision.

"What we want is not just a sheet of paper or the recognition of some strangers – this is about freedom and equality," Sun told CNN.

While gay and lesbian couples can marry in 22 nations, no Asian nation is included on that list.

According to a Pew survey, a majority (61%) of Chinese remain opposed to homosexuality, though acceptance is increasing.

"My hope is that when people see gays or lesbians holding hands on the street, they wouldn't see them as freaks or curiously look back," Sun said. "We are just as normal as everybody else."