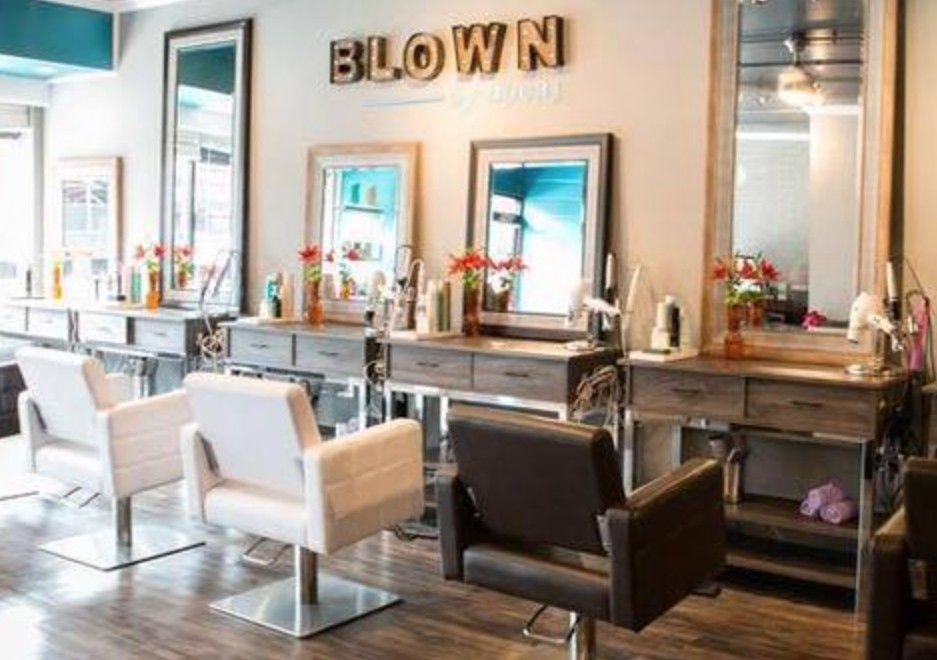 Jacob Leatherman is in a dire situation to maintain his dream business: BLOWN by bocaj, a premier blowdry Beauty Bar.

The gay-owned business, at 3353 N. Clark St., in Lakeview, has hit a major financial roadblock. And working capital is needed – now!

Thus, Leatherman cannot use of the funds until everything is settled.

"I have spent the last two months exploring my options as far as loans, grants, lines of credit and credit cards to be used towards working capital, advertising, payroll and what not," Leatherman said. "All of my attempts through these avenues have resulted in denials or loans carrying obscene interest rates, ranging from 54 to 131 percent.

"Based on a couple factors, such as being a new small business, lack of collateral, and my rapidly improving but below average credit score, it's not really surprising that I am unable to secure such funds on my own. Opening the salon was truly done with my own savings and help from my family."

In late-February he launched a fundly campaign in hopes of raising enough money to keep BLOWN alive.

The salon opened last May and has about 10 employees.

Leatherman said business, since opening, has been "really good."

"Apart from the (financial) side of things, some really cool stuff has gone on with charities and what not," Leatherman said. "While I have grown substantially every month since opening, I've come to the realization that the current business model of being a blowdry bar only needs to be adjusted in order to continue into year two. After budgeting for year 2 and evaluating revenue from the past 10 months I have decided to slightly change the daily operations in the salon and services being offered."

As of January 1, BLOWN by bocaj has become full service (cut and color) and he has brought on new stylists, which has led to an increase in revenue. "In addition, I have made some changes to my current space allowing this new salon model to operate efficiently," he said.

One week in mid-February, for instance, BLOWN welcomed 15 new clients and did $1,500 in revenue on Saturday alone.

"There has been a great response," from the LGBT community to BLOWN by bocaj, Leatherman said. "My hope, in the next year, we are able to develop a larger presence (within the gay community), get (further) involved and team up with organizations in Boystown directly."

To support Leatherman and BLOWN by bocaj, go to: https://gopride.com/Zc7j