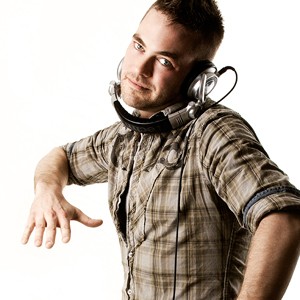 Chicago, IL - "Put your hands up, now put your hands up!" Beyonce's current smash hit "Single Ladies (Put A Ring On It)" echoes the nationwide reaction for the exciting new series "POPular™", introduced by Centaur Entertainment, the #1 gay record label, and their new partner Power Music, the leader in fitness music. With the newest release of the "POPular™" series, it's never been easier to live POPular™.

Phil Roush, aka DJ Phil DaBeatz, was selected as the winner from Chicago's best up-and-coming mix-masters with his signature DJ style described as HOT, high energy, and big sound; in one word – POPular™! DJ Phil DaBeatz was also recently voted "Best Club DJ" by Chicagoans and holds residencies at several local hotspots including Minibar Ultra Lounge. His love for music is apparent in every aspect of his life and he shares his passion with club goers and music enthusiasts every time he spins, creating dance floor energy and an outright party atmosphere.

DaBeatz currently holds residencies with Minibar Ultra Lounge Chicago and Armani Exchange. He serves as Nightlife Editor for ChicagoPride.com and was the site's highlight DJ for Market Days 2008.

The collection of songs featured on "POPular Vol. 2™" include nine that have reached the top spot on Billboard and several others that are still on the climb. You'll recognize the words to every one of these radio hits, and just try to stop yourself from singing along. Included on "POPular Vol. 2™" are high NRG dance remakes of Flo Rida's "Right Round", Kelly Clarkson's "My Life Would Suck Without You", The Pussycat Dolls "I Hate This Part", Kanye West's "Heartless", September's "Cry For You", Boston's "More Than A Feeling", Chicago-based White Tie Affair's "Candle (Sick And Tired)" and the WWF theme song "Let It Rock".

"We're a put-on-a-show kind of company," says Centaur's Jamie Baxter, paraphrasing Ms. Spears and making reference to Centaur's big ticket methods of launching CD brands. "POPular™ is fresh - fresh music from the radio and fresh DJs from the best gay bars and clubs. We're on a mission to find them and share them with our community."

"POPular Vol. 2™" is available on iTunes worldwide. "POPular™" is a new brand designed to appeal to a wide audience of all ages. From dance enthusiasts to radio fans, pop lovers to R&B fans, there is something for everyone wrapped together with a high energy dance beat. Look for more "POPular™" mixes this summer with the POPular™ DJ Search winners from Boston and the great state of Texas.

In the words of Phil DaBeatz, "music's gotta have Beatz to be POPular™."