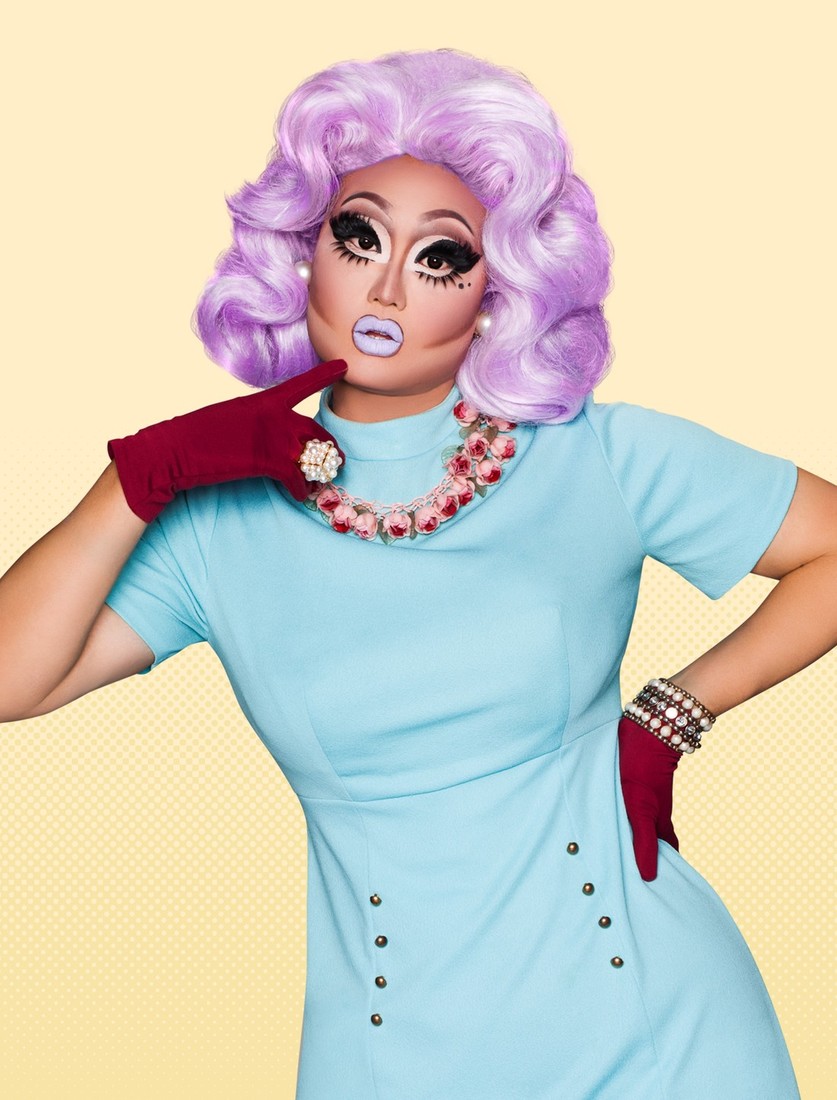 No spoilers, Kitty Girls, but the upcoming season of RuPaul's Drag Race features not only one, but two of the Windy City's fishiest queens aiming to steal the title.

ChicagoPride.com hooked up with veteran queens Kim Chi and Naysha Lopez just days before the Chicago leg of the Drag Race Premiere Event takes over the Metro on Wednesday night. And while they're not legally allowed to spill the tea on who may win, they're both still in the dark like the rest of us.

"The filming is actually over already," said Kim Chi. "Right now, we're both back in Chicago."

"It's all pretty much done," added Naysha. "We still have to film the finale, but we don't know who is going to win."

Although they're both from Chicago, Naysha and Kim Chi are admittedly very different queens. At 31-years-old, Naysha is a veteran of the industry, performing in drag for the last 13 years. She's currently a resident performer at Hydrate Nightclub in Boystown, auditioning for RuPaul's Drag Race a number of times since its inception in 2009.

"I auditioned for the first season, and then twice more after that," Naysha said. "I told myself I was going to audition just one more time, but sometime after the Miss Continental pageant. I won the pageant [in 2013], waited one more year, and then auditioned and made it."

"This was my first time auditioning," said Kim Chi, causing Naysha to laugh and grumble, "Show off."

Kim Chi, who is 28-years-old in reality, plays a 16-year-old drag persona that is "young and dumb." She's been doing drag professionally for just three years and is already the main host for the wildly popular Neverland dance parties. Kim Chi says despite her being in relative drag infancy compared to some of the other contestants, it was two friends from Season 7 that caused her to throw her hat into the mix.

"At the time of filming, I was only doing drag for two and a half years," she said. "But after seeing Pearl and Trixie make it onto the show, and after seeing how much fun they were having, I wanted to audition."

The official lineup for Season 8 was announced on Feb. 1, but girls knew well beforehand that they would soon be in the running to become "America's Next Drag Superstar." While the show's non-disclosure agreement forbids the queens to share details before the official announcement, Kim Chi says she nonchalantly asked famous friend Trixie Mattel to borrow some outfits strategically before the show began. Naysha also slyly tried to discover if Kim Chi would be in the workroom the first day.

"It's really funny because not many people know [about who was selected]," Naysha said. "We're all kind of told on the same day that we'll be on the show, and I had a feeling that Kim was going to be on. I wondered if she even auditioned. So, I saw Kim at a little get together and was like, 'Can you work this week at Hydrate?' She said, 'No, I'm going to be in Michigan.' So I asked if she could work the following week, and when she couldn't, I kind of knew."

The same level of secrecy means the girls aren't allowed to reveal a ton of details about the upcoming season, saying viewers can expect it to be a season of controversy. But despite all the gag-worthy moments to come this year, both Naysha and Kim Chi say Chicago is a city where drag is not only thriving, but evolving.

"These past couple years, Chicago has been going through this drag renaissance," Kim Chi began. "There is something going on almost every night in terms of drag, and there is a huge audience. Chicago's drag is really up and coming at the moment, and offers a lot of opportunity for both young and seasoned queens."

"I agree with Kim 100 percent, especially seeing that Chicago has been home to the Miss Continental pageant for over 30 years," Naysha continued. "...There has really been this shift in drag in Chicago, and anyone that does it can really make a career out of it if they work every day."