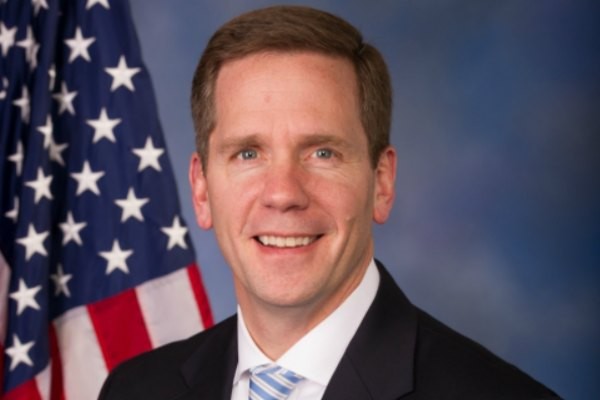 Illinois Rep. Bob Dold on Friday announced his support for the Equality Act, making him the first Republican to back the proposed legislation.

"Illinois has a long and proud history of fighting for equal rights, and I am proud to continue this tradition by supporting the Equality Act," Dold said in a statement given to The Hill. "Engraved on the front of the Supreme Court is their phrase 'equal justice under the law,' but as long as any Americans can be legally discriminated against, there is not equal justice in this country."

"Congress must act to ensure that all Americans, including the LGBT community, are protected equally from discrimination under federal law, just as they already are in my home state of Illinois."

Dold added that while the current bill is "not perfect", "it marks an important first step in the process of crafting a bipartisan bill that ensures equal rights for all Americans while also fully protecting the religious freedom our Constitution guarantees."

"Bob Dold is showing tremendous leadership today by becoming the first Republican to sign on as a cosponsor of the Equality Act and we're thrilled that he's standing up for our fundamental values of fairness and equality," Griffin said. "Far too many LGBT people – nearly two-thirds – have faced unfair and unjust discrimination in their lives, much of it in the workplace. In cosponsoring the Equality Act, Congressman Dold showed how important it is that LGBT people be able to have a fair chance to earn a living, provide for their families, and live free from fear of discrimination."