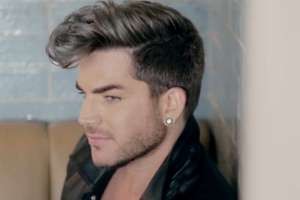 Chicago, IL - Out singer Adam Lambert talks about his new look with Billboard.

The 33-year-old Lambert is current promoting his third studio album, The Original High.

"I've put down a lot of the makeup," Lambert said. "I put the flat iron in the attic. I'm looking at people like Elvis and James Dean."

"I've been asked with this album campaign, 'Did you want to tone it down?' It wasn't that I was consciously [doing that], though. It just shifted," he said.

Lambert added that trends are a part of his job.

"As a pop musician, [trends] are part of my job; to reflect what people like," he said. "Production and the way something sounds are very much like fashion, where for a particular season people are gravitating toward something."