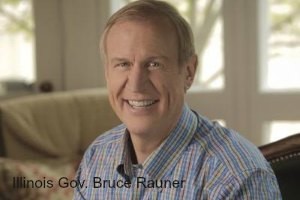 With Rauner's signature, Illinois joins California, New Jersey, Oregon and the District of Columbia in prohibiting such therapies.

The Illinois Senate approved the measure in May.

Spearheading support for the bill were the Human Rights Campaign (HRC), the National Center for Lesbian Rights (NCLR) and Equality Illinois.

"With this tremendous step, LGBT youth in Illinois are now protected from a dangerous and appalling practice based on junk pseudoscience that amounts to nothing less than child abuse," HRC President Chad Griffin said in a statement. "Discredited by every major mental health, medical, and child welfare organization, conversion 'therapy' uses fear and shame to tell young people the only way to find love and acceptance is to change the very nature of who they are."

"We thank Governor Rauner, as well as members of the state legislature on both sides of the aisle, for putting politics aside and the well-being of children first. We will continue to work with our allies to secure these crucial protections in every state across the nation."

Rauner is the second Republican behind New Jersey Governor Chris Christie to sign such legislation.