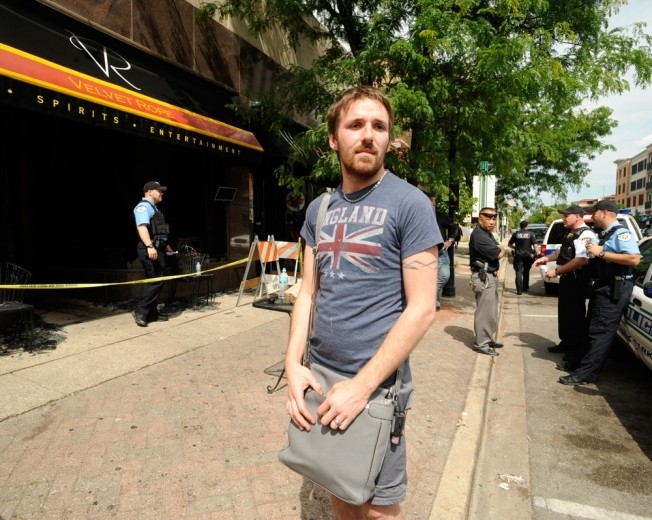 frank elliott the morning of the june 3, 2012 fire

photo credit // jennifer wolfe/oakpark.com
Chicago, IL - Frank Elliott, the former owner of Velvet Rope Ultra Lounge, which was destroyed by a fire in 2012, has pled guilty to one count of arson and one count of insurance fraud, according to the Cook County State's Attorney's Office.

Immediately following the June 3, 2012 early morning fire at the Oak Park bar, Elliott told ChicagoPride.com that he believed the fire was "suspicious" because anti-gay comments were found on one of the walls inside the club. Elliott said he believed his establishment was targeted because it catered to gay clientele.

After local investigators determined there was probable cause for arson, state investigators were called in. Elliott, who according to prosecutors filed a $150,000 insurance claim, was charged with two counts of arson and one count of insurance fraud in 2013.

Tandra Simonton, spokesperson for the state's attorney's office, told Windy City Times that in exchange for his plea, Elliott will receive two years of probation and a fine of $1,179, and must pay restitution of $107,000. He initially faced seven years in prison for each of two arson counts, and 15 years for insurance fraud. Elliott entered his plea on June 8.