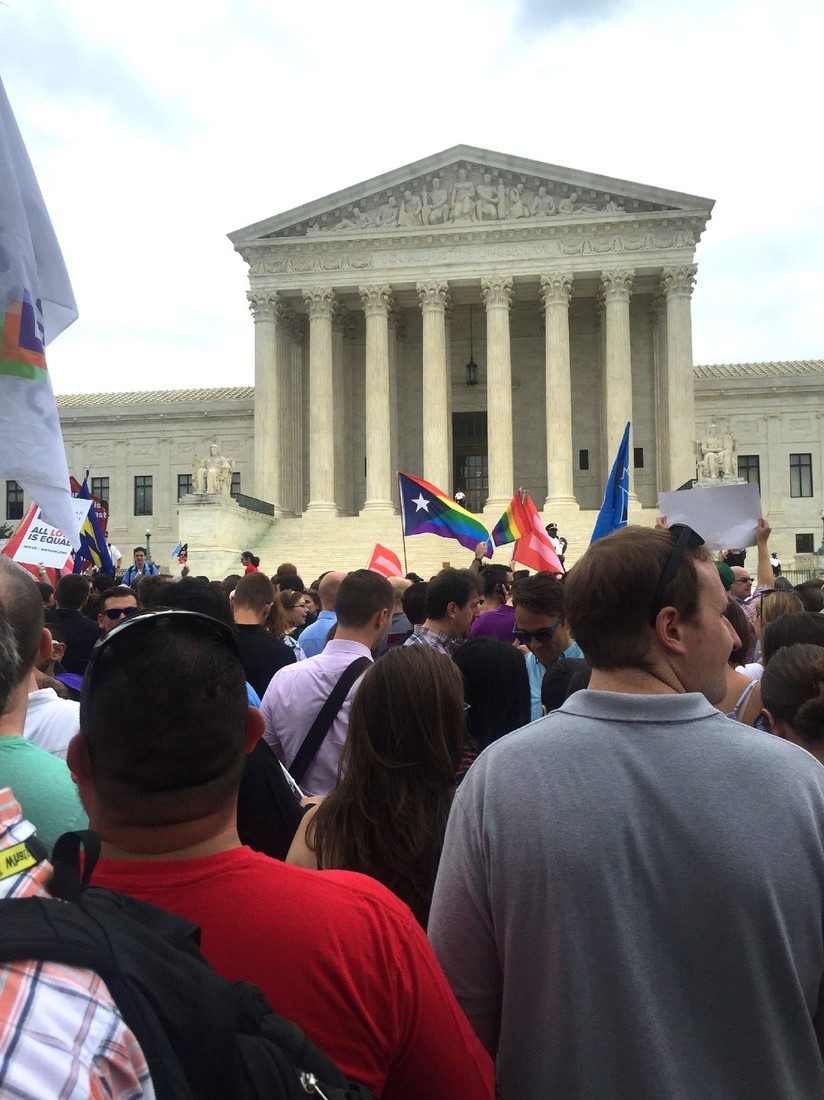 Justice Anthony Kennedy sided with its more liberal members and authored the decision.

"No union is more profound than marriage, for it embodies the highest ideals of love, fidelity, devotion, sacrifice, and family," wrote Kennedy. "[The challengers] ask for equal dignity in the eyes of the law. The Constitution grants them that right."

The ruling means same-sex marriage is legal in all 50 states, and states will soon have to grant marriage licenses to all same-sex couples.

"I am beyond overjoyed by this ruling," said Anthony Martinez, executive director of The Civil Rights Agenda, an LGBT advocacy group that successfully battled for marriage equality in Illinois. "Finally the laws have caught up with the vast majority of individuals that believe that same-sex couples can and do lead committed and loving lives together, and thus deserve the same legal protections and responsibilities as any other married couples."

Los Angeles resident Patrick Smith, a gay married man, was outside the Supreme Court when the decision was announced. He told ChicagoPride.com the atmosphere was "absolute jubilation."

The crowd, which was primarily supporters of same-sex marriage, spontaneously began singing the National Anthem.

"I've been following these cases since the day the Prop 8 case was announced," Smith told ChicagoPride.com. "This is a very emotional day for me. I'm so happy that all Americans now have the chance to share in the same happiness and commitment that I enjoy in my marriage with my husband."

President Barack Obama tweeted a statement moments after the SCOTUS decision. "Today is a big step in our march toward equality. Gay and lesbian couples now have the right to marry, just like anyone else. #Love Wins."

Prior to today's ruling, the legality of same-sex marriage was left up to individual state legislatures and the court. In total, 37 states as well as the District of Columbia legalized same-sex marriage from 2004-2015. Illinois became the 16th state to enact marriage equality on June 1, 2014.

The United States now joins 20 nations worldwide who have approved the freedom to marry for same-sex couples.