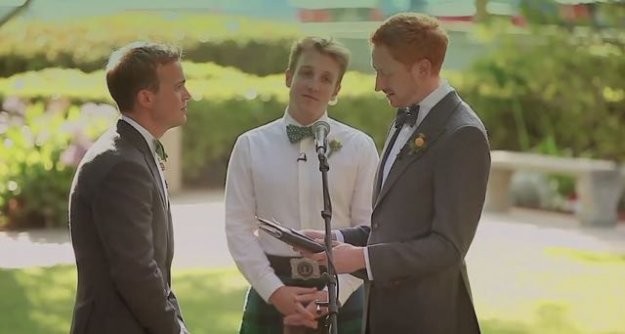 "The two-and-a-half minute video, titled "Equal," shows various same-sex couples in happy moments, including several who are in the course of exchanging vows for their wedding ceremonies. One the early clips in the video shows the same footage from Clinton's campaign announcement video of Jared Milrad and Nathan Johnson, a Chicago same-sex couple who support Clinton and are planning to wed this summer," the Washington Blade's Chris Johnson reports. "In addition to this video, she's the only presidential candidate to issue a written statement recognizing June as Pride month."

The Clinton campaign tweeted the video, with a link to a special LGBT splash page.