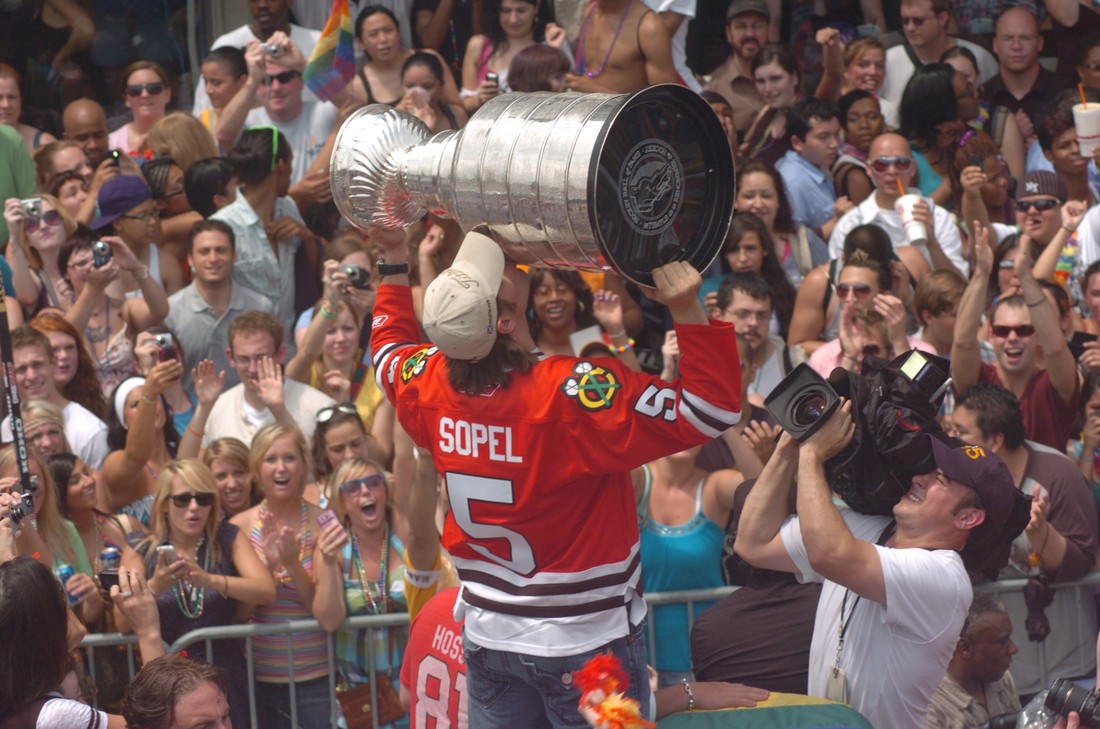 Boystown celebrates with the Chicago Blackhawks, where to watch game 6!

Chicago, IL - While the Chicago Blackhawks work to clinch their third Stanley Cup title in six years on Monday, the city's LGBT community will be cheering to bring the Cup back to Chicago -- and perhaps Boystown, again.

Playing the Tampa Bay Lightning at the United Center at 7 p.m., the Blackhawks have historically been a team dedicated toward the LGBT movement, even marching in previous years' Pride parades.

Update: The Chicago Blackhawks won the Stanley Cup title on Monday night after beating the Tampa Lightening 2-0 in Game 6 at the United Center in Chicago.

"The Blackhawks organization has been very supportive of the gay community for years, starting with the Stanley Cup being in the gay pride parade in 2010 and their numerous contributions to LGBT youth organizations and programs," said Bill Gubrud, executive director of the National Gay & Lesbian Sports Hall of Fame.

The Stanley Cup was featured in the 2010 Chicago Pride Parade because the Chicago Blackhawks won it that season, and because defenseman Brent Sopel believed it would be a way to honor Brendan Burke, the son of Toronto Maple Leafs general manager Brian Burke, who was killed in a car accident two months after coming out earlier that year.

"I wasn't here to advocate (anything), but if coming here helps break down walls in the meantime, so be it. I was here for Brendan," Sopel said at the parade. "I hope he is smiling (from heaven)."

Sopel, who has since retired from from hockey, and the Blackhawks accepted an invitation from the Chicago Gay Hockey Association and rode aboard their float. It was the first time and last time a major professional sports trophy has appeared in a pride parade -- and it happened in Chicago.

The question is, will Chicago see the Stanley Cup at the 46th Annual Chicago Pride Parade on Sunday, June 28?

Where to watch the Blackhawks (Boystown and beyond)

It's time for Game 6! The Chicago Blackhawks and Tampa Bay Lightning are facing off yet again in the Stanley Cup Finals on Monday, June 15. You can catch all the intense action at one of these bars.