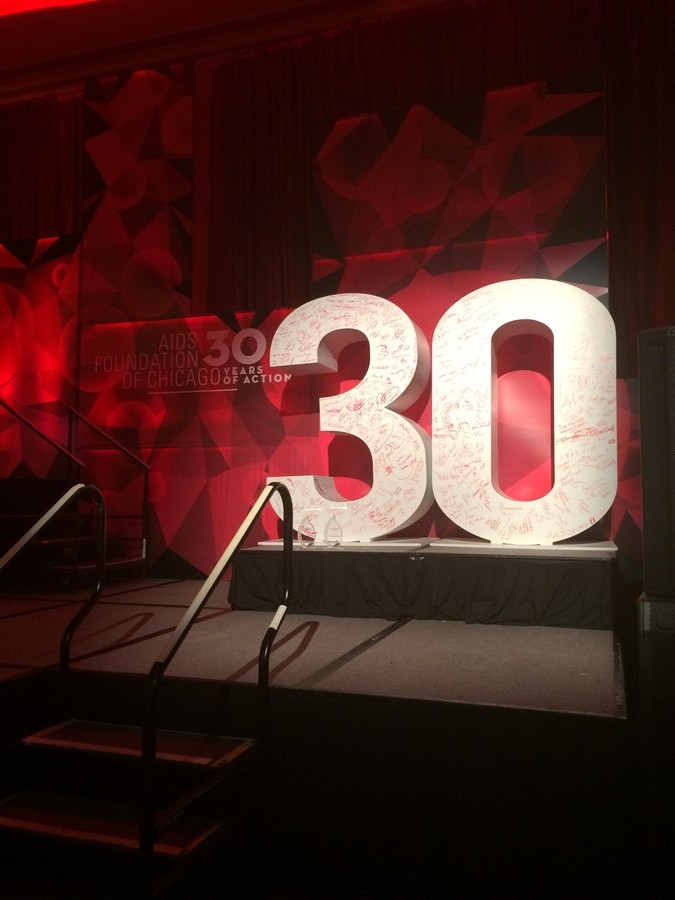 "... we all know that tomorrow we begin our work for year 31," said Lori Kaufman, AFC Board Member

Chicago, IL - The AIDS Foundation of Chicago (AFC) commemorated three decades of action with the HIV/AIDS community during its 30th Year Gala on Saturday, May 16.

"Tonight we acknowledge 30 years of service, but we all know that tomorrow we begin our work for year 31," AFC Board Member Lori Kaufman told the crowd gathered at the Hilton Chicago.

"Your support tonight and in the future will help us change the course of the HIV epidemic in Chicago," said AFC President/CEO John Peller. "So many of you have given till it hurts over our last 30 years to get us where we are today."

Peller also noted that HIV treatment, including PrEP (Pre-Exposure Prophylaxis), is covered under the Affordable Care Act and that HIV infection rates have decreased in Chicago.

"New cases have been cut in Chicago by forty percent in the last decade," Peller said to applause.

Fundraising numbers from the gala are expected to be release later this week. Those funds are used for ongoing prevention, care and advocacy services in the fight against HIV/AIDS locally and nationwide.

"I am blown away that I get to combine my love of acting with my love of social activism in the same job," said Landecker.

As part of the ceremony, AFC honored Thomas Kehoe with the Community Impact Award and Ernie Rodriguez with the Lori Kaufman Volunteer Award. The audience offered a standing ovation for both.

The evening closed with a dance and celebration to the song "Staying Alive."