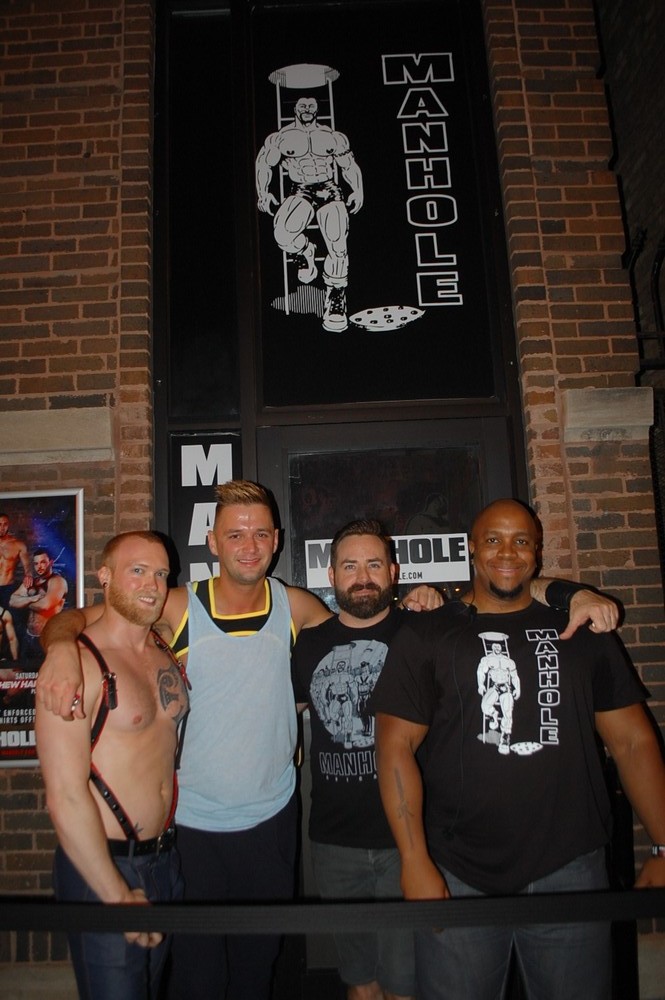 photo credit // anthony meade
view the full gallery
Chicago, IL - The legendary gay nightclub Manhole returned on Saturday, May 16 with a preview of the revamped space that was once Spin Nightclub.

LKH Managing Partner Sean Kotwa first confirmed with ChicagoPride.com on March 10 about the grand return of Manhole with plans to overhaul the nightclub's programming and facility at 3200 N. Halsted to ensure the venue is a success.

LKH Management, along with building owner David Gassman, have worked to bring the iconic Boystown corner back to life after an unsuccessful run by Whiskey Trust and Chloe's owners Jason Zilberbrand and Jordan Zabinger. Gassman reacquired the building, which previously housed Spin Nightclub, in December.

Changes to the space include new artwork, upgraded sound and lights, plus Full Kit Gear has come aboard with a 'pop up' style shop on premise that complements the club's 'Gear On' policy.

"We will feature a sampling of our sport, leather and rubber fetish collections and look forward to having another venue for our community," said Eric Alden, Full Kit Gear Chicago General Manager.

LKH Management also operates Hydrate, Replay, Elixir and Halsted's in Boystown with plans to expand Replay and Elixir locations in Andersonville this summer.