Amigas Latinas to fold after 20 years 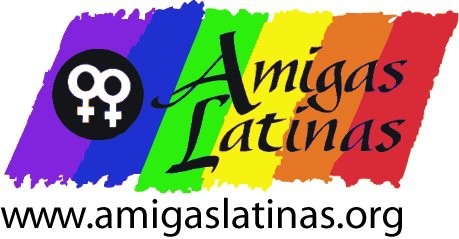 Chicago, IL - After 20 years of offering a wide range of support, education and advocacy for Chicago-area LGBTQQ Latinas, Amigas Latinas is announcing plans to fold the organization.

"We did not take this decision lightly, it was over a year-long process," said board president Alma Izquierdo. "But we have to recognize that despite a vibrant legacy, we no longer have the resources or capacity to continue our work in the ways that we think our growing and changing community deserves."

Founded in 1995 as a monthly discussion group, Amigas Latinas was the only Chicagoland organization specifically serving LBTQQ Latinas for almost two decades.

Volunteer-run for most of its organizational life, Amigas Latinas advocated to ensure that legislators, funders, and other not-for-profit organizations consider the intersection of issues faced by LGBTQQ Latinas, who often struggle with invisibility or discrimination within Latina/o communities and within larger LGBTQ organizations.

— Amiguitas Youth Group: Created to offer the first youth group specifically for Latina adolescents and 20-somethings who identify as LGBTQQ.

— Entre Familia: Developed to provide a safe environment for parents and friends of Latino LGBTQ persons to meet and talk about their lives. Most parents attended with their sons and daughters.

— Madurando Elegante: A group for women to explore issues related to aging gracefully as a Latina who loves and partners with women.

In recent years Amigas Latinas found it increasingly difficult to maintain earlier levels of programming and advocacy. "We struggled with this decision," says Izquierdo, "because we know that there are still women out there who haven't found the community or the support they need to come out as LGBTQQ Latinas." At the same time, the board notes that over the past 20 years there has been a significant expansion in the availability of services to LGBTQ Latinos in Chicago.

The organization plans to archive its history in collaboration with Gerber/Hart Library. An exhibit celebrating Amigas Latinas will take place in June.

On July 10, founders, former board members, past and current Amigas Latinas members, friends and families will come together to celebrate the organization's twenty year long history. More information will be forthcoming.