It's official: Chicago Pride Parade is staying in Boystown 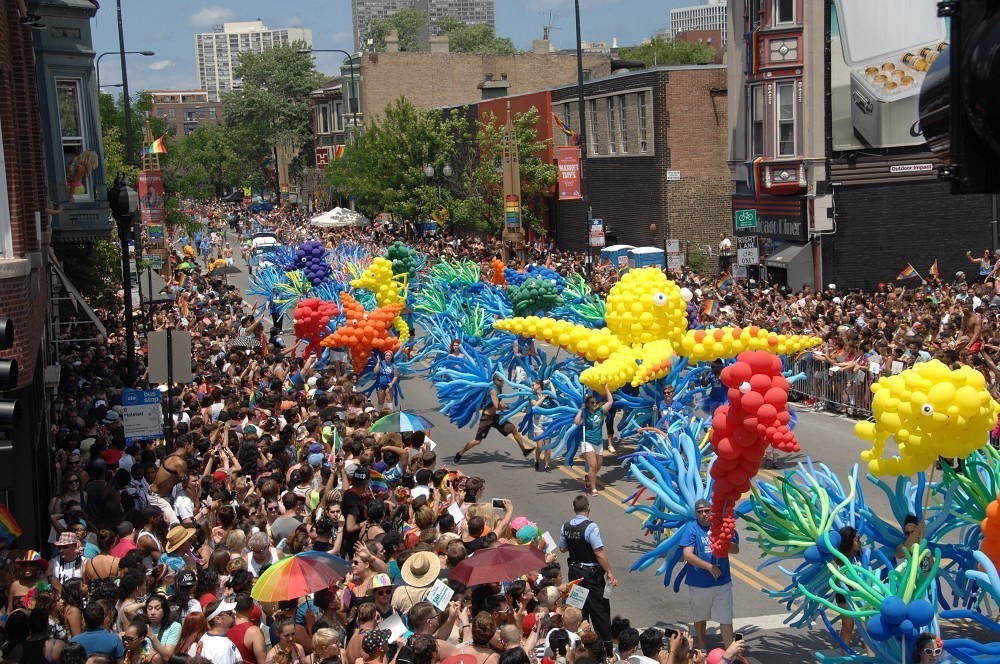 Chicago, IL - An official statement released Monday by the Department of Cultural Affairs and Special Events (DCASE) confirms the annual Chicago Pride Parade will be staying in Boystown and the Lakeview neighborhood, as ChicagoPride.com first reported last Tuesday.

"Lakeview has been home to the Chicago Pride Parade since 1971 and it has grown to be one the largest and most well-known Pride events in the world. As the parade continues to grow in popularity and size, its growth has presented additional challenges. Over the past several months, the Mayor's Office and local aldermen have met to discuss the future of the Pride Parade, and an advisory group of community stakeholders has been assembled to recommend changes to this year's parade.

"These changes will include a stricter public safety plan, enhanced enforcement against drinking on the public way, and improvements to parade operations. The parties are in agreement that if there is not a serious improvement in the parade's impact on surrounding residents' quality of life this year, the next step is to assemble an advisory group to make recommendations for moving the parade out of the Lakeview community," read the DCASE statement.

Conversations about moving the annual parade from the North Side to Grand Park began after more than 1 million people lined the four-mile parade route last June, causing some to question if the event had outgrown its home in Boystown.

The parade route was changed in 2012 - for the first time in 25 years - to extend into the Uptown neighborhood due to the large number of people crowding into Lakeview.

Boystown business owners and community leaders have argued that the parade is vital to the neighborhood from a cultural and social perspective.

"We ask for your support in keeping the parade safe by celebrating both responsibly and respectfully," Lakeview Ald. Tom Tunney (44th Ward) and Uptown Ald. James Cappleman (46th Ward) said in a statement released to ChicagoPride.com. "If we do not see significant improvement this year, it may be the last year that the parade is in our community. Let's work together to ensure that the Pride Parade is a positive reflection of our pride in our neighborhood, city and LGBT community."