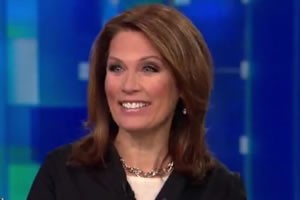 Former Minnesota Rep. Michele Bachmann over the weekend blamed the imminent rapture on President Barack Obama's policies, including his support for marriage equality and pursuit of a nuclear arms deal with Iran.

"We need to realize how close this clock is to getting to the midnight hour," Bachmann said during an interview with Jan Markell, host of the Understanding the Times radio show. "This is coming faster than anyone can see."

"Barack Obama is intent, it is his number one goal, to insure that Iran has a nuclear weapon."

People, Bachmann said, should "not despair but rejoice" that "we in our lifetimes potentially could see Jesus Christ returning to Earth and the Rapture of the Church."