Boystown beckons Indiana residents to 'Be our guest at Pride Fest' 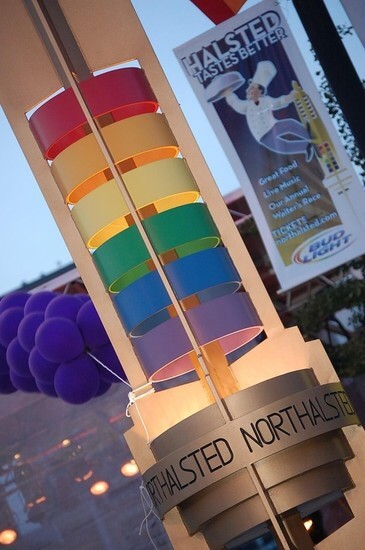 Chicago, IL - In the wake of Indiana Gov. Mike Pence signing the state's controversial religious freedom bill, organizers in Boystown are inviting residents of the Hoosier state to celebrate Pride Fest in Chicago.

The Northalsted Business Alliance, which organizes the annual event on June 20-21, say it welcomes all Indiana residents to celebrate LGBT equality in the Windy City. In light of Indiana's new anti-gay discrimination law, the Boystown organization says it plans to award one lucky resident a swanky trip to the "gayborhood."

"A social media contest will award an Indiana resident and their guest an all-expense paid trip to the event, including transportation, a two-night hotel stay, VIP access to the festival and a $500 Northalsted gift card to spend during the weekend," the group's spokesperson Jennifer Gordon told ChicagoPride.com.

To enter the contest, Indiana residents are encouraged to share their proudest moments in LGBT history and post them either on the Northalsted Facebook page or on Twitter using the hashtag #NorthalstedProud. The organization will select a winner on April 10.

Pence told reporters Tuesday he intends to "fix" the new religious freedom law following the intense backlash, saying it will clarify that it does not allow discrimination against gays and lesbians. He added that the problem isn't the law, but how it's being perceived, telling reporters it's because "frankly, the smear that's been leveled against this law."