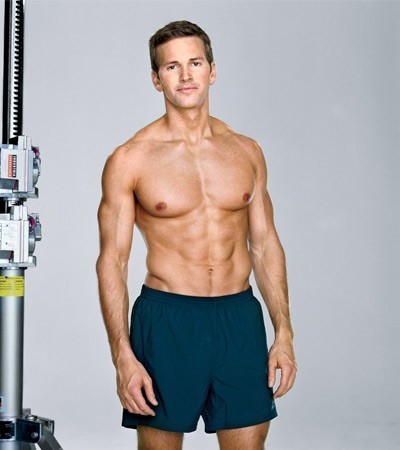 "Today, I am announcing my resignation as a Member of the United States House of Representatives effective March 31st," Schock said in a statement. "I do this with a heavy heart. Serving the people of the 18th District is the highest and greatest honor I have had in my life. I thank them for their faith in electing me and letting me represent their interests in Washington. I have given them my all over the last six years. I have traveled to all corners of the District to meet with the people I've been fortunate to be able to call my friends and neighbors.

"But the constant questions over the last six weeks have proven a great distraction that has made it too difficult for me to serve the people of the 18th District with the high standards that they deserve and which I have set for myself.

I have always sought to do what's best for my constituents and I thank them for the opportunity to serve," he said in a statement.

Rumors that the hunky 33-year old lawmaker, who once posed for the cover of Men's Health magazine, is gay have circulated for years. Openly gay journalist Itay Hod last year essentially outed Schock on Twitter.

"i've decided we should help this guy come out of The Closet. how about a good hashtag... #hasaaronschockcomeoutyet?" Hod messaged to his more than 3,300 followers.