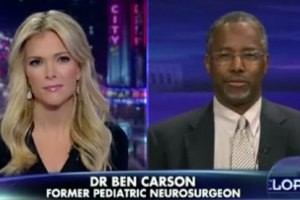 Conservative celebrity and possible presidential candidate Ben Carson has defended a comment that bakers opposed to gay marriage might poison the wedding cakes of gay couples.

The former Johns Hopkins University pediatric neurosurgeon and Fox News commentator made the remark over the weekend during an appearance at the Iowa Freedom Summit organized by Iowa Rep. Steve King.

"What I have a problem with is when people try to force people to act against their beliefs because they say 'they're discriminating against me.' So they can go right down the street and buy a cake, but no, let's bring a suit against this person because I want them to make my cake even though they don't believe in it. Which is really not all that smart because they might put poison in that cake."

Carson called criticism of the comment "immature" during an appearance on Fox News.

"Now some are claiming that you're suggesting that gays who complain about what they view as discrimination risk getting poisoned," The Kelly File host Megyn Kelly told Carson.

"You know that would be a very immature interpretation of what is a common saying: Never make your waiter or your chef angry, because you don't know what they're gonna put in your food," Carson responded.

In 2013, Carson stepped down as commencement speaker at the Johns Hopkins School of Medicine for linking marriage equality to bestiality and pedophilia, which drew a loud outcry from students and faculty. In apologizing, Carson said people had "taken the wrong meaning out of what I was saying."