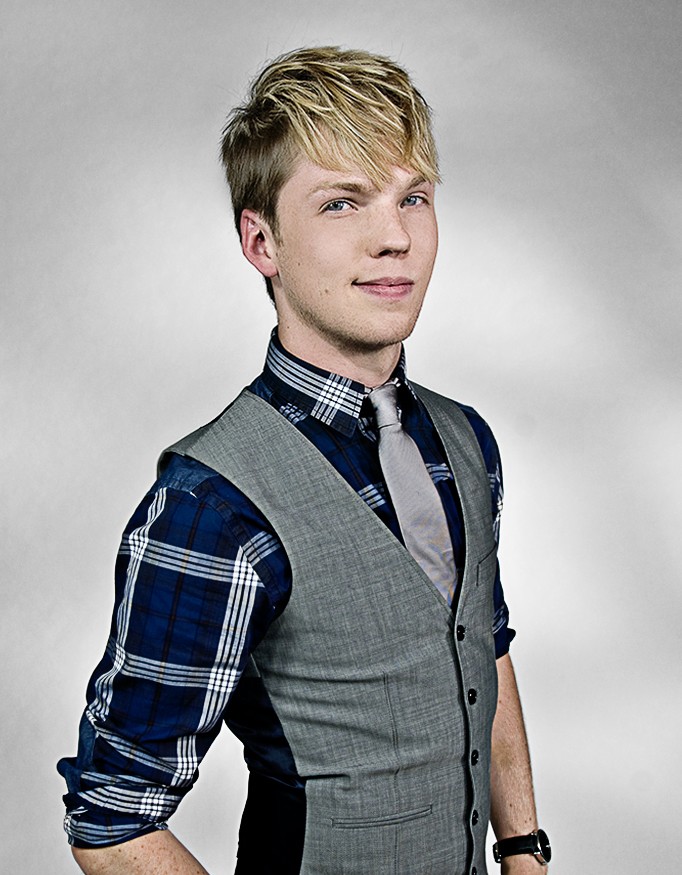 "We're going to start out with a monthly issue featuring all of our latest videos that will include interviews and behind-the-scenes with artists, musicians and other fellow entrepreneurs along with any other exciting media projects and then a hint of what to expect in the near future," Lindley explained to ChicagoPride.com. "Being that it is media-based, as opposed to text, we're going to let the short films to the talking for us."

Lindley has situated Glam Tie deep within the music and style spheres of Chicago as well as within the LGBT scene. In addition to the promo videos for Market Days and Pride released through Glam Tie's connections with Scarlet Bar, Lindley also attended last year's March on Springfield and perhaps his most famous video is of the Chicago Gay Hockey Association's spoof of "All I Want for Christmas Is You."

Now in its second year, Glam Tie Media has continued working with some favorite clients, like out singer Sami Grisafe (a documentary filmed between California and Chicago is in the works), and followed some new faces as well. In addition to making music videos with Marcus Terell of America's Got Talent and following around Chicago's Real Elf on the Shelf this holiday season, Lindley helped Milwaukee's PrideFest make their first official video (look for it in promotions this coming summer).

The new video magazine, Lindley says, will tie all of Glam Tie's fabulous work together.

"I've always had this strong attraction to the magazine publishing industry but was always more media-based and technical so I just figured it was kind of a lost cause -- I'm also much better telling a story with a camera than with my own words," he said. "I thought if this were in the works for Glam Tie Media, then it would probably be in my 10 year plan, or 15 year plan. After talking it over with a close buddy of mine though, it made me realize it wouldn't matter if I started this idea in 10 years or in 10 minutes. If you have something you're extremely passionate about, you can't put it off on some timeline far ahead wishing and hoping it may eventually happen."

"The most exciting part about being an entrepreneur is that you have the given right to throw out millions of ideas out there that flare up your creativity and get your blood pumping - and if they flop, they flop," he continued. "At least you can say you gave a good solid effort, and hopefully had fun along the way."

The video blog's target audience, like its content, is wide and diverse. Lindley says it aims to attract the attention of readers from 16 to 56, interested in a wide range of topics, from beauty videos and DIY tutorials to coverage of the party scene and heavy metal concerts.

"I'm excited to let our creativity loose and see what this could potentially blossom into," Lindley concluded. "The most important thing in the whole world to me is to stay inspired. Whether you have five followers or five thousand, do what you love -- who cares who's watching."