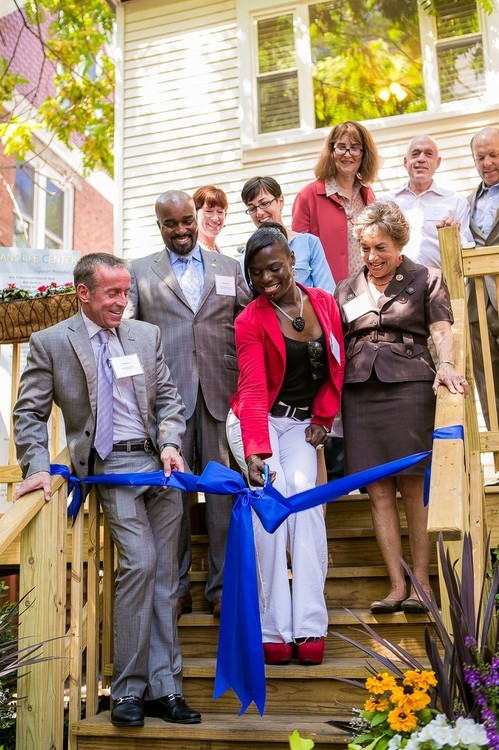 Chicago, IL - The TransLife Center of Chicago House is the recipient of the 2015 Equality Illinois Freedom Award for providing critical services to transgender Illinoisans.

The Freedom Award will be made at the 2015 Equality Illinois Gala on February 14, 2015 in the Hilton Chicago. The gala is annually the largest LGBT formal event in the Midwest. The theme of the gala this year is "love is love is love" in honor of Valentine's Day.

"Love is defined in many ways, including service to the community and embracing disenfranchised people who need services and advocates," Cherkasov said, "and transgender Illinoisans find that commitment at the Chicago House TransLife Center."

"Chicago House and our TransLife Center are so honored to be awarded the 2015 Freedom Award by our friends at Equality Illinois, particularly in this celebratory moment of LGBTQ Marriage Equality," said Rev. Stan Sloan, CEO of Chicago House.

"In 1985 Chicago House's founders helped to rally the LGBTQ community and our allies in support of those fighting HIV/AIDS, and Equality Illinois has been our partner and champion in carrying that spirit forward in the fight for Equality," Sloan said. "Together we have proven we can make great progress in defeating hatred and prejudice, and together we look forward to tackling the challenges ahead for those who are marginalized LGBTQ, regardless of gender identity, race or socioeconomic status. Thank you again, Equality Illinois, for this great and prestigious honor."

The 2015 Equality Illinois Gala, chaired by Mariterese and Patrick Balthrop, begins at 6 PM on Valentine's Day, Saturday, February 14, 2015, in the Hilton Chicago, 720 S. Michigan Avenue, with cocktails and the silent auction of luxury items and fun experiences in the Grand Ballroom. At 8 PM, the expected 1,400 guests move into the International Ballroom for the gourmet dinner and program, followed at 10 PM by dancing till midnight.

More details about special guests and gala honorees will be announced in the weeks ahead.

Tickets and more information about the gala are available at www.eqil.org/gala.