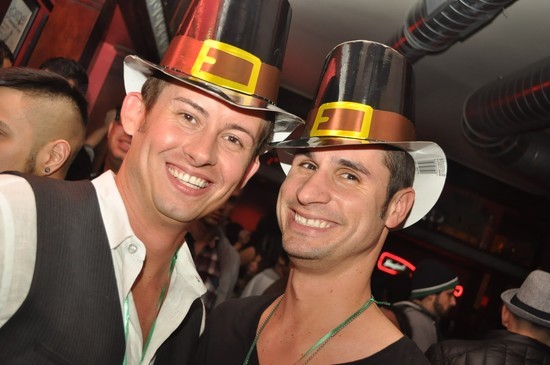 photo credit // anthony meade
Chicago, IL - The night before Thanksgiving is unofficially considered the busiest night of the year for bars and taverns, so much so that the night is often referred to as Black Wednesday.

"It's really the last big party before New Year's Eve," Hydrate Nightclub general manager Sean Kowta told ChicagoPride.com. "Many take the opportunity to go out and party with their friends and catch-up."

"All the college kids are back in town," said Roscoe's promotion and marketing manager Shawn Hazen. "All the patrons and locals who have moved to other cities are back for the holiday. Black Wednesday is always a fun night out in Boystown."

The popular North Side neighborhood is not the only Black Wednesday destination for Chicago's LGBT population, Northwest suburban PhoenixBar is also expecting a capacity crowd at its Turnt Up Thanksgiving Eve party on Wednesday, Nov. 26.

Calendar: Black Wednesday events in and out of Boystown