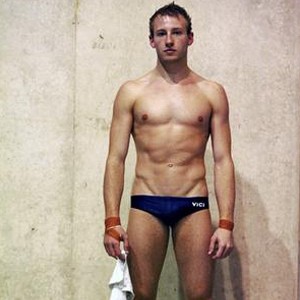 "We regret that we missed the opportunity to tell Matthew Mitcham's story," Zenkel said in a statement. "We apologize for this unintentional omission."

The statement comes after NBC Sports spokesman Greg Hughes defended the network's decision not to mention Mitcham is gay and has a partner.

In a shocking upset the 20-year-old Mitcham took home a gold medal in the 10-meter platform event at the Beijing Olympics, beating out the Chinese favorites. The Australian had been behind favored Chinese diver Zhou Luxin by about 35 points going into that last dive and no one had expected him to be able to take home the gold.

When Mitcham raced into the stands after his big win to give his long-time partner, Lachlan Fletcher, a kiss NBC's cameras cut away. Despite intensive coverage of other gold medalist's personal lives during the Games, NBC failed to mention Mitcham was gay, or show footage of the diver's partner cheering him on and congratulating him after the win.

In an interview not aired on NBC, yet found on YouTube.com, Mitcham thanks his mom and Fletcher after he scores the gold medal in the 10-meter platform event.

NBC did mention on air that Mitcham had previously quit the sport and had to deal with "personal issues" in his life to get back on track.

As the only openly gay male athlete at the Summer Olympics, critics argue Mitcham's story was ‘unique' and worthy of network coverage.