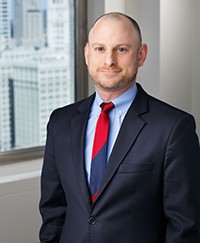 "The board undertook a rigorous national search to find the strongest leader for AFC. John's proven leadership, accomplishments in advancing HIV/AIDS policy, and keen understanding of innovative approaches to navigating the new health care landscape make it clear he is the best person to lead the organization," said Ben Stringfellow, chair of AFC's Board of Directors.

Peller started at AFC in 2005 and is considered an innovative national and local leader in the HIV/AIDS field. Previously, he led AFC's advocacy and policy work at the city, state and national levels as vice president of policy.

"I am honored to lead AFC during a time of unprecedented opportunity to impact the HIV/AIDS epidemic," said John Peller, incoming president/CEO. "Through new prevention technologies like Pre-Exposure Prophylaxis (PrEP), our knowledge about treatment as a method for prevention, and expanded health care access, we are in a stronger position than ever before to support individuals living with HIV/AIDS and to virtually end new infections. I look forward to partnering with individuals and organization throughout our community to meet the needs of people living with and vulnerable to HIV."

Peller's recent areas of focus have included the implementation of the Affordable Care Act and ensuring that new federal and state health care systems align with the health care needs of people with HIV. He also has an expertise in Medicaid policy, federal and state budget and appropriations, and the Illinois AIDS Drug Assistance Program (ADAP).

Born and raised in New York City, Peller now lives in Chicago with his partner, David Jablonowski. He has a Bachelor's degree from the Johns Hopkins University and a Masters in Public Policy from the University of Chicago.

Peller has trained with Team to End AIDS (T2), AFC's endurance sports fundraising program, since 2003, completing five marathons, two half marathons and several triathlons with the program. He has raised tens of thousands of dollars for the fight against HIV though T2.

Founded in 1985 by community activists and physicians, the AIDS Foundation of Chicago is a catalyst for local, national, and international action against HIV/AIDS. The organization is known for its annual AIDS Run and Walk fundraiser and World of Chocolate event, which will be held at Union Station on Dec. 4.