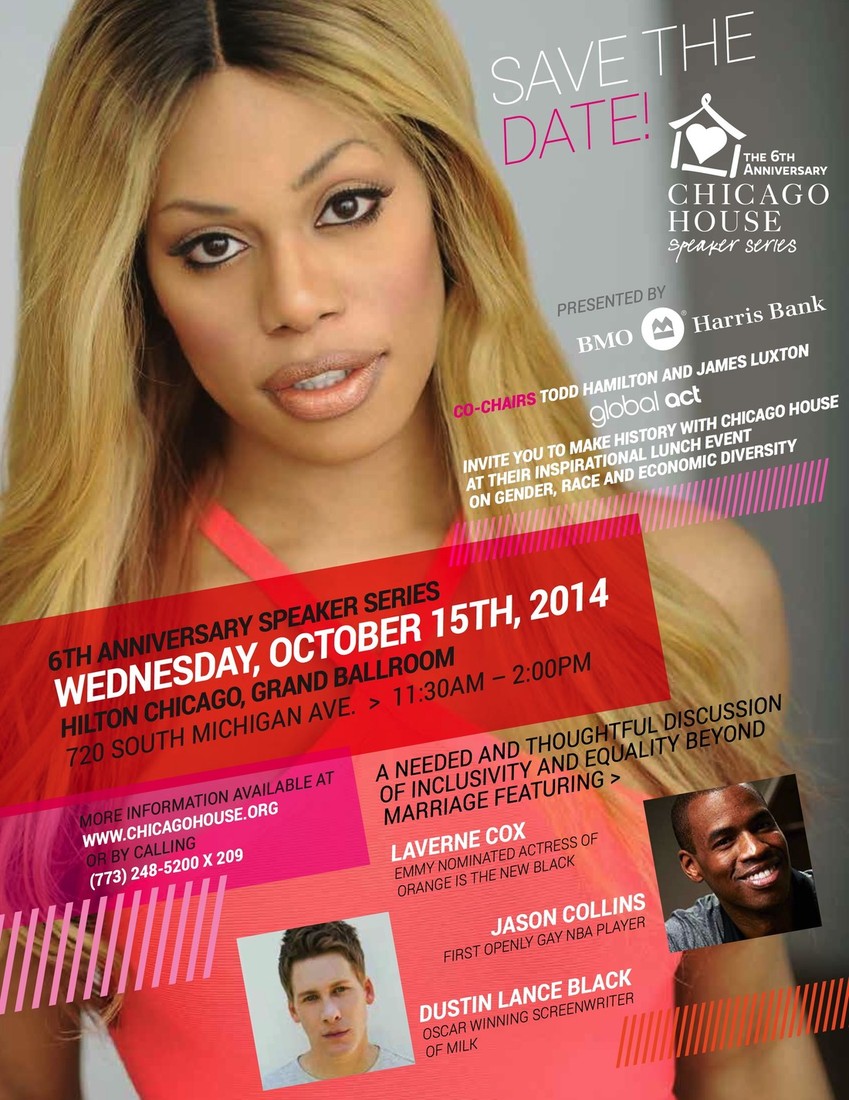 The program will be "a needed and thoughtful discussion of inclusivity and equality beyond marriage," according to Chicago House.

Laverne Cox is the Emmy-nominated co-star of the Netflix series Orange is the New Black. Dustin Lance Black is the Oscar-winning screenwriter of Milk, and Jason Collins is the first openly gay player in the NBA.

Co-chairs of the 2014 event are Todd Hamilton and James Luxton.

The Annual Speaker Series, which originated from a desire to raise awareness and education around the key issues of HIV/AIDS and homelessness, has featured great minds in philanthropy, business, entertainment and politics, including former Secretary of State Madeleine Albright, award-winning actor Whoopi Goldberg, designer Kenneth Cole and Hillary Clinton.

In its inaugural year in 2009, the organization welcomed President Bill Clinton to kick off what has now become its largest and most impactful annual fundraising event.