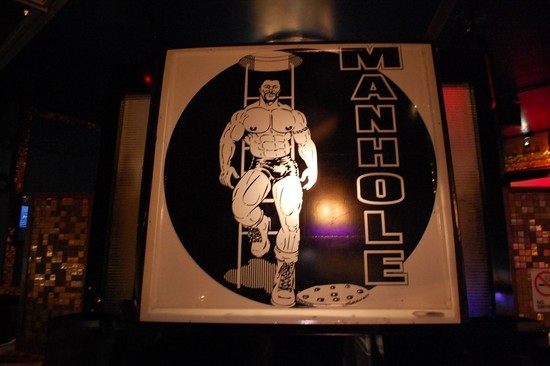 "As the unofficial gateway to Boystown, it was important for us to install a venerable concept that also diversifies the current offerings on the street," said LKH partner Sean Kotwa. "Manhole caters to a crowd that has been underserved in the community, and we believe the time is right to bring the Manhole back to Halsted."

ChicagoPride.com first reported on Aug. 21 that LKH Management - the team behind the successful Boystown bars Hydrate, Elixir, Replay and Halsted's - would assume the operation and management of Whiskey Trust and Chloe's, which replaced Spin Nightclub on June 19.

According to Kotwa, the dance club portion of the all-new Manhole will take the lower level space currently occupied by Chloe's and will operate Thursday, Friday and Saturday nights, with a rotating line-up of theme nights, as well as local and national DJ's. 'The Den" at Manhole, an upstairs billiard and darts room, will be open 7 days a week.

Now, Liberson says it was time for this Chicago institution to return. "For the past several years we've done Manhole night parties at Hydrate that have been extremely popular. With the continued increase in popularity of the night, we decided it was time to bring Manhole back to Boystown on a full-time basis!"

"I'm very excited to work on this project with AK. His creativity and event experience, coupled with my operational and bar management skills make us a great team," said Rathje.

Miller, a prominent Chicago LGBT producer and nightlife promoter includes his leadership of the Manhole Nights at Hydrate Nightclub, work with CircuitMom Productions, as well as the theatre company "Midtangent Productions" among his successful Boystown experiences.

"Managing this incredible space is coming full circle for me professionally. I was part of Spin's opening staff when I first moved to Chicago and am eager to elevate and transform this storied venue."

It has been a busy year for LKH Management on North Halsted, following the successful opening of Replay, a craft beer and bourbon bar meets retro arcade, in 2013 and a major renovation of Hydrate in January of this year.

Chloe's will close Saturday and the new Manhole will host a VIP preview Thursday, Sept. 18 and officially opens Friday, Sept. 19.