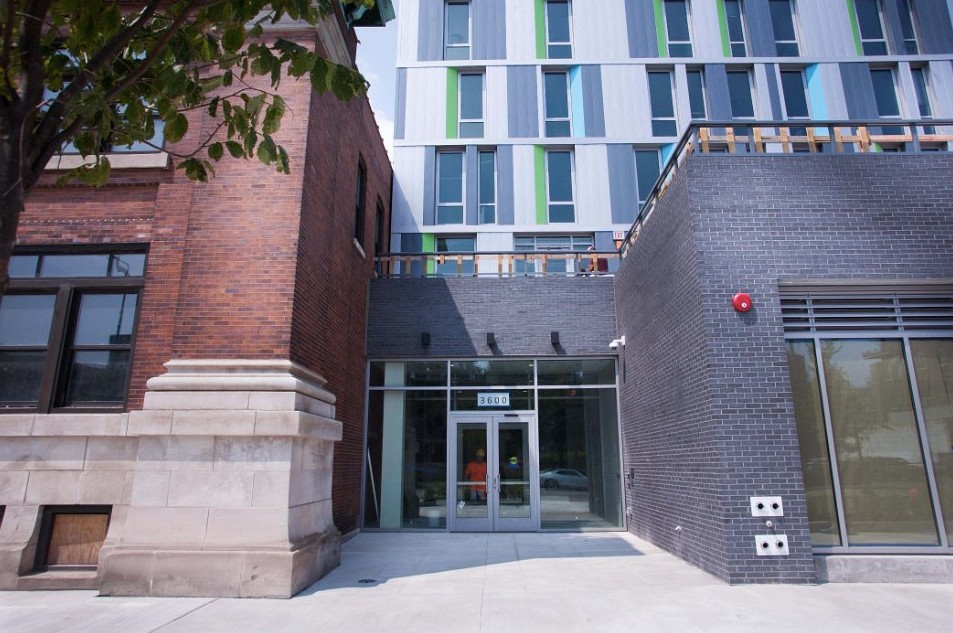 lgbt-friendly housing to open by mid-sept.

"We're hoping to have 79 people moved into Town Hall by Sept. 15," Kandyse McCoy Cunningham, director of property management for Heartland Housing, told Windy City Times. "I'm saying that with my fingers, and everything else on me, crossed."

Heartland Housing, a nonprofit specializing in affordable housing, collaborated with the Center on Halsted to bring the six-story affordable LGBT housing center to Boystown. The building, which is the former historic 23rd District Town Hall Police Station, will contain 79 LGBT-affirming studio and one-bedroom units.

The facility, which includes a new addition in an adjacent parking lot, will feature community space for residents, an exercise room and commercial space. Heartland Housing will manage the property and seniors living in the building will be connected to services through Center on Halsted. The complex will be LGBT-friendly, not LGBT-exclusive.

Being a member of the LGBT community "is not a requirement to be an applicant or resident at Town Hall Apartments," Cunningham said. "[The] Fair Housing [Act] would not allow you to ask those questions of an applicant. ...This building was marketed to a certain extent to let people know that it was LGBT-friendly. We don't distinguish because of sexual orientation."

The housing has been a dream of 44th Ward Ald. Tom Tunney, who was instrumental in winning approval for the $21 million project from the Chicago Housing Authority's Board of Commissioners in 2012. Construction began in June 2013.