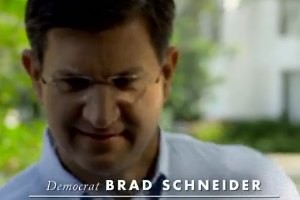 In the 30-second ad, titled Together, Schneider explains what being a Democrat means to him.

"I'm Brad Schneider and I approve this message because we're all in this together, accountable to each other. We can still accomplish great things," he adds.

A law allowing gay and lesbian couples to marry in Illinois went into effect on June 1, though several counties began issuing marriage licenses to gay couples months before the law's official start.

Former Republican Congressman Robert Dold, an opponent of marriage equality, is vying to replace Schneider and regain his old seat back.