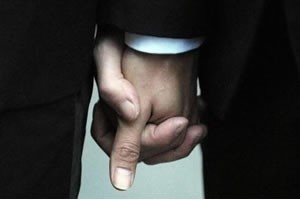 Chicago, IL - The 7th Circuit Court of Appeals on Thursday ruled in cases from two states — Indiana and Wisconsin — that state bans on marriage for same-sex couples are unconstitutional. The decision comes less than two weeks after arguments were made in front of the three-judge panel. The decision was unanimous.

"Today yet another federal appeals court issued a ruling affirming that no state should be able to tell two people in love they can't legally marry, just because they are gay or lesbian," said Human Rights Campaign (HRC) Legal Director Sarah Warbelow. "LGBT families in these two states are just as deserving of the rights and protections that come with civil marriage as any other family across the country. The Supreme Court of the United States today has even more evidence that marriage equality should be the law of the land in America."

Aside from the cases decided today by the Seventh Circuit, cases from nine other states are currently pending before four federal appeals courts. In total, 33 states either have marriage equality or have seen state marriage bans struck down as unconstitutional in federal or state court.

Gallup puts support for marriage equality at 55 percent — an astonishing 15 points increase from just 5 years ago — with other polls showing support at even higher margins. And support for same-sex marriage rights continues to grow in virtually every demographic group. According to ABC News / Washington Post, 77 percent of adults under age 30 favor marriage equality. 40 percent of Republicans — an all-time high and jump of 16 points in under two years — now support marriage for gay and lesbian couples, while the number of Catholics supporting marriage has grown to 62 percent,according to the New York Times. These numbers continue to grow, with no indication that support will slow down.

Same-sex couples can legally marry in nineteen states and the District of Columbia, while 31 states have a law or constitutional amendment restricting marriage to the union of one man and one woman.

For more information on this and other marriage equality cases across the country, visit www.americansformarriageequality.org.