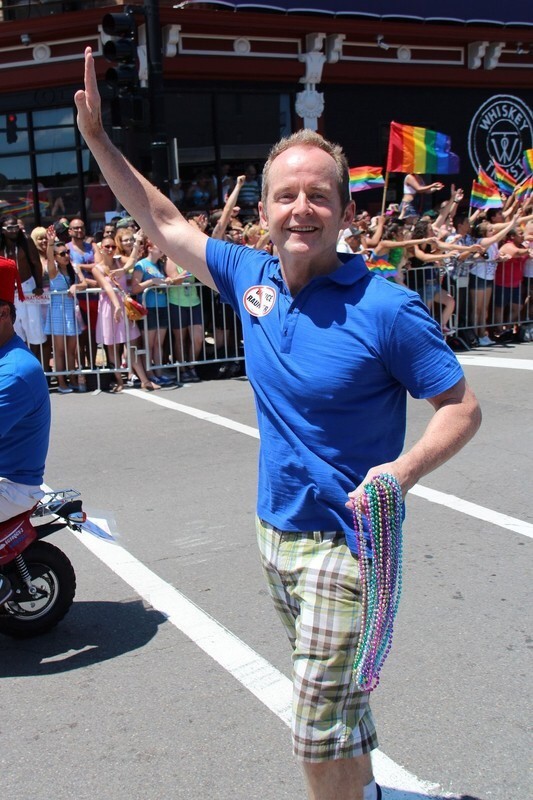 The Lakeview alderman tells ChicagoPride.com he wants to take a pulse of the community on their biggest concerns.

Chicago, IL - As the discussion continues to brew on whether to move the Chicago Pride Parade downtown, Lakeview Ald. Tom Tunney (44th) is polling community members to get their take, potentially influencing decision makers.

Conversations about moving the annual parade from the North Side to Grant Park began after more than 1 million lined the streets in June, causing some to question if the event has outgrown its home in Boystown. The parade route was changed in 2012 for the first time in 25 years due to the number of people, and now many say, once again, the event is a victim of its own success.

Tunney announced the new survey Tuesday on his Facebook page, saying it would be open until Sept. 5. It consists of 15 questions, including whether the person identifies as LGBT, actually lives in the 44th Ward, what the top concern is, and -- of course -- whether the route should be moved downtown.

"As we continue to examine the pride route and all options for next year, I want to hear from residents and business owners on what their biggest concerns are and how we can improve the experience for both spectators and neighbors," Tunney told ChicagoPride.com. "Moving the parade downtown has been discussed over the years as the parade continues to grow in popularity and size. This decision would ultimately be made by city officials, but I want to take the pulse of the community on what they feel should be done."

When news broke about Tunney exploring a potential move in the parade route, it was about the side effects, with him saying, "We hear from our residents that they don't feel safe in their neighborhood – that there is too much...alcohol and partying all night long."

Evidence of that sentiment is still apparent in the survey, with many questions asking about issues relating to drinking and public intoxication. However, that didn't stop residents from posting petitions on Change.org. At the time of this publishing, the petition in support of moving the parade downtown had 119 signatures, while the one against the move had 937.

Boystown business owners and community leaders continue to argue the parade is vital to the neighborhood from a cultural and social perspective.

"If we were to move the parade out of that community, we would lose a lot more than some beer that wouldn't be sold," Sidetrack owner and co-founder of Equality Illinois Art Johnston said on June 30.

While it's still unclear whether city officials will approve of the change, or how much say parade organizers have in the upheaval, Tunney says the balls are still up in the air.

"We have made tweaks to the parade every year—some have been big such as changing the route and some have been small," Tunney added. "There are still issues that need to be addressed and I am not ruling out any option for next year."

Take Tunney's survey online and weigh in. The poll will be available until Sept. 5.