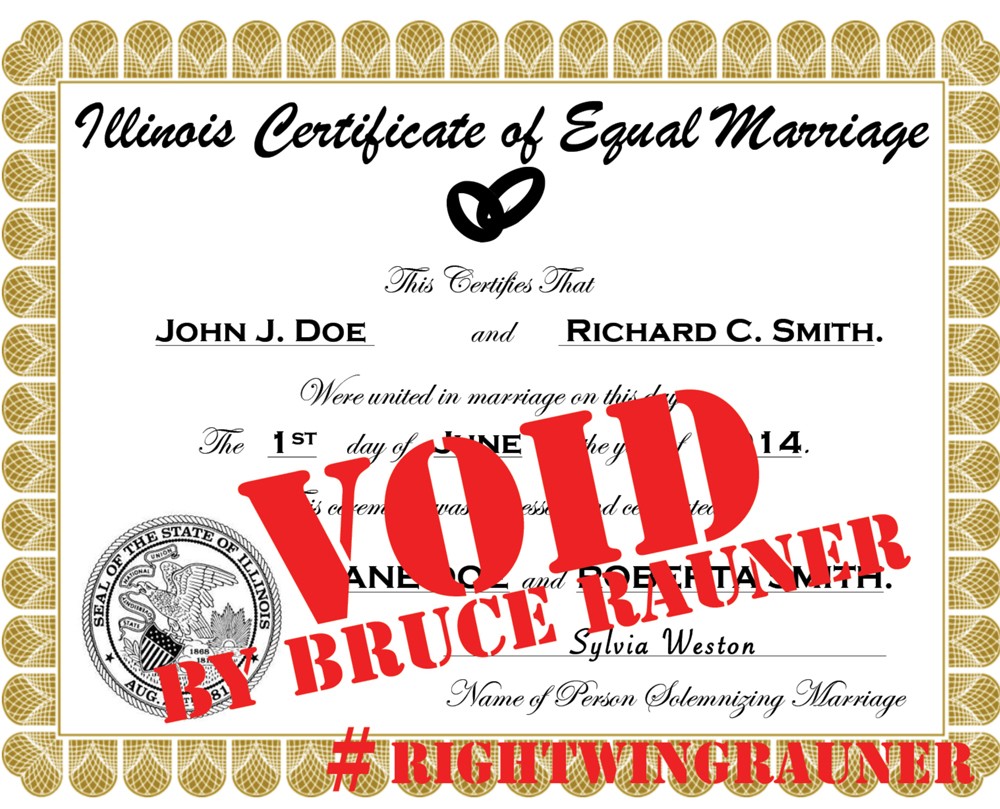 To reach the estimated crowd of 200,000 people, the LGBT leaders ran through their protest tactics, including: street-level volunteer teams passing out flyers made to look like voided marriage certificates, voter registration booths, and a new social media campaign.

"Bruce Rauner has made it clear time and time again that he will not stand up for LGBT Illinoisans and, worse, would reverse the progress we've made. You don't have to look very hard to see that Rauner and his inner circle are right-wing extremists who seek to deny LGBT families our state's most basic protections," said Marquell Smith, Founder & President of Inclusive Community Project. "That is why we are organizing volunteers and street teams to come together to spread the word about 'Right Wing Rauner' during Market Days."

The flyer, made up to look like a marriage certificate stamped with the words "VOID BY BRUCE RAUNER," also calls out Bruce and Diana Rauner for individual donations totaling $95,400 to 11 anti-LGBT candidates in Illinois this year, candidates who have vowed to block efforts to provide full equality to LGBT persons.

Prominent LGBT organizations including Equality Illinois will also launch a new social media campaign aimed at Bruce Rauner that includes images of the voided marriage certificate and urging people to spread and tweet the hashtag #RightWingRauner.

Northalsted Market Days runs from August 9-10, from 12:00 Noon to 10:00pm, and takes place on Halsted between Belmont to Addison. It's also one of the largest outdoor events in the country and draws a vibrant mix of gays and lesbians of all ages and backgrounds.