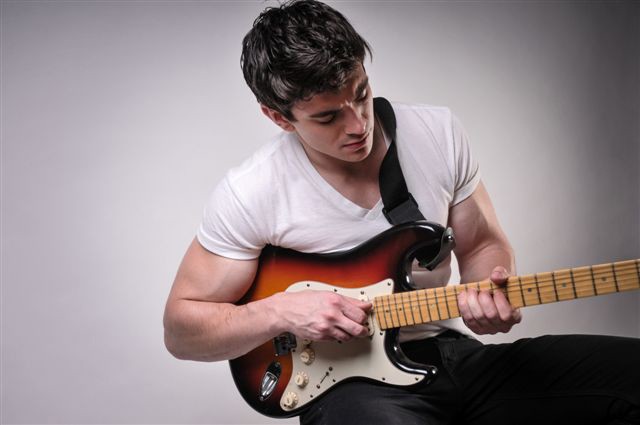 Although he has more than 3.2 million views of "All American Boy," a fully funded Kickstarter campaign to record a debut album and a list of accolades in the media, Steve Grand is just beginning his career.

Grand -- who hails from Lemont, Illinois outside of Chicago -- is considered the first openly gay male country musician in the United States. He's headed back to the Windy City for Northalsted Market Days after most recently headlining at WorldPride in Toronto alongside Melissa Etheridge and Deborah Cox.

The singer/songwriter is putting the finishing touches on his fan-funded album, expected later this year. On March 6, the crowdfunding campaign that financed the project became one of the top 10 most-funded music projects in Kickstarter's history.

Along with "All American Boy," Grand already released two more singles, "Stay" and "Back to California," both of which will be on the forthcoming album.

"It's part of the whole story. I have a whole library of music to choose from," Grand told ChicagoPride.com. "I've been writing songs for a long time. The whole album will be twelve (original) songs, but those ones have to be on there.

"I know that people have moved on from the idea of an album because the industry is changing and technology has changed the way people consume music. But I feel like my fans deserve that from me," he continued. "I want to show them a full body of work, where each song stands alone and together they all tell a story and a bigger picture."

Steve Grand performs the North Stage at 5:30 p.m. on Saturday, August 9. Northalsted Market Days, which is organized by the Northalsted Business Alliance, runs Aug. 9-10 on Halsted Street for six blocks between Belmont and Addison in Boystown. A $10 donation is recommended.