Tony Hawk endorses gay marriage: We all deserve to follow our hearts 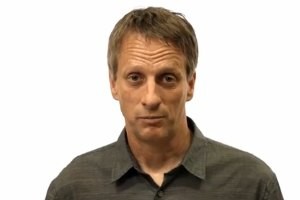 In a 45-second clip released Wednesday, the 46-year-old Hawk says he believes everyone deserves to follow their heart.

"People ask me all the time, what advice do I have for kids who want to become pro skaters? I always say pretty much the same thing: work hard and follow your heart," Hawk says. "That's how I feel about marriage equality; we all deserve to follow our hearts. And we need to continue working until every state recognizes marriage as an equal right."

"Whether you're LGBT or straight, join me and the majority of Americans who support marriage equality," he adds.

"Like most Americans, Tony Hawk knows that all families deserve to be treated with respect, dignity and equality under the law. We are incredibly grateful to Tony for speaking out in favor of marriage equality, and lending his voice to HRC's fight for fairness nationwide," he said.