Participants gearing up for Ride for AIDS Chicago 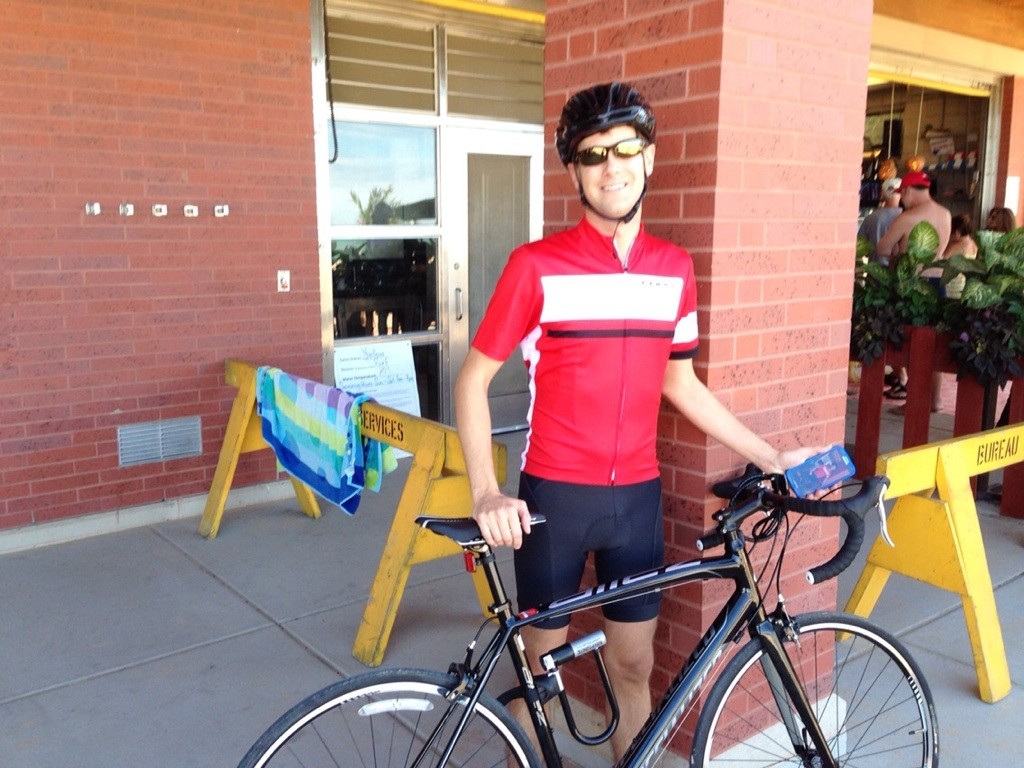 Chicago, IL - For Ride for AIDS Chicago 2014 participant Rodney Winterland, 34, a nuclear engineer of Uptown, the ride is not simply a bicycling event but a way to become more involved in his community as well as a way to support his HIV positive friends in Chicago. He will be one of 100 new riders this year in the 11-year-old event.

"A friend approached me to sign up for this. At first I didn't know if I could do the 200 miles, but then I thought what better way for me to give back." said Winterland.

"It's a cause that I believe in because although it may not affect me personally because I am not HIV positive, it's my friends, it's my partners, it's my family, and it's the community I belong to. So it does affect me."

The longest bike ride Winterland did in the past was an 80-mile ride he joined informally with a group of friends. They traveled in 2012 from Chicago to Lake Geneva, which is the same route he will take in the ride this year, only this time he has to bike back, too.

Winterland described his attitude about doing the longer sponsored ride as very excited.

"The best part is probably going to be the friendships that I am going to build. The riding is one part of it but I think the fellowship and the sharing stories and the bonding that goes on is a big thing too," he said. "Staying the night in the camp, I think that's going to be a great bonding experience to meet and just talk with a lot of [other participants]."

According to Test Positive Aware Network (TPAN), the event organizer, the ride departs Chicago at 6:30 a.m. on the morning of Saturday, July 12 for Wisconsin along a route of "shaded bike paths and country roads to the shores of Lake Geneva and then into a cabin camp where they will spend their night.

"Riders may swim or shower down from their long journey then get some downtime to stargaze or make s'mores around campfires, followed by breakfast in the morning before the trip back."

Winterland says he expects that [the trip back] to be a challenge as a first-time participant.

"The toughest part is probably going to be day two," he said.

The ride's route takes participants approximately 100 miles each way, according to Winterland, who is already facing some challenges in preparing for the big day.

"I started prepping for this back in the winter; I was spinning (biking) as much as 90 minutes per day, 3 days each week and sometimes on the weekends. I trained indoors when the weather was bad," recalled Winterland.

"What's killing me right now is the weather and trying to do this with a fulltime plus job family obligations. It's been difficult, but now that the weather is breaking we've had training rides.

"TPAN's crew has an excellent staff for organizing the training rides. It amazes me the support we are getting and the volunteers who want to help. They are taking the time out of their lives when they could be doing other stuff but they chose to do this so I have a lot of gratitude for them," he said.

From TPAN's perspective, the organization is excited that the event continues to gain momentum and fundraising each year.

"We have had the most riders registered this year, 324 riders and 91 crew members to date. That's a surprise in and of itself," said Sean Blay, Ride for AIDS Chicago Coordinator at TPAN.

According to TPAN there are about 10 partners represented by 27 teams this year. Blay said both goals and expectations and financial triumphs for this year are already high.

"There are no prizes, but there are medals and incentives. The top fundraisers get specialized jerseys with a barometer that tells them how much they've raised. We have 10 people who took a $5,000 pledge and six participants have already raised $7,000."

"It's a piece of every part of my life, everyone has chipped in," he noted.

"It's hard because I don't like asking for money because the economy is tight and everybody is struggling but it's a cause I believe in and all I can do is spread the word. If people are so inclined to donate great, and if they all they can give me is an "atta boy" and support me that way, that's great too.

Blay stated though the added participation and fundraising adds to the excitement, it doesn't change the fact that the ride is a long and a difficult challenge.

"Yes there are injuries along the route, and there are usually a few riders that can't finish, often the ones who do not train or hydrate correctly," he said.

"It's hard, once you cross over into Wisconsin there are hills and those hills don't stop."

There are five pit stops about 15-20 miles apart and two water stops during the route.

Blay started as a participant in 2011 and was disappointed there were no medals at the end of the race, so he made it his mission to get more involved.

"That year there was lots of emotions. My partner had recently passed away, my family was there, and the closing ceremonies fell apart. There were no medals, so I made sure next year I was brought on in April 2012 as coordinator."

Blay said he is happy about how big the ride has become.

He stated Sean Lewis of WGN-TV will be the Master of Ceremonies, and he expects up to 700 people at closing ceremonies, 300 more than last year and more than the amount of riders and crewmembers put together in the 2011 ride.

25% of funds raised will go toward the functioning of the ride itself including T-Shirts and food, while 100% of the remaining 75% will funnel directly to the partnering charities.

Corporate sponsors include many major companies such as Kraft, PepsiCo, Walgreens, Orbitz and Apple Vacations.

Winterland emphasized that although the ride is certainly a fun challenge, ultimately the goal is to increase funding and awareness for HIV/AIDS and those living with it.

"It's about spreading the word and putting it in people's faces that this is still a big deal and this is still going on," he said.

"We've come so far with the medications and treatments and some of the prevention methods. We could still do better on information people have fallacies about HIV/AIDS; it's about correcting some of that stigma. There still is discrimination even within the gay community."

With this program, TPAN said Ride for AIDS Chicago supports organizations and programs that serve all people impacted by HIV/AIDS, regardless of age, gender, race, or neighborhood.

Winterland encouraged people to check out the web site and support the cause in any way they can.

"Are you gay or do you have HIV/AIDS or know someone who does? Participate however you can. Send funds, send an email, come to the closing ceremonies, anything you can do," he said.

"It's a good opportunity to be involved with something I believe in, and we may be able to find a cure someday."

For more information about Ride for AIDS Chicago and to donate, visit rideforaids.org.